A journalist and a former Manager at Airtel Ghana, Raymond Ablorh has asserted that President Akufo-Addo has made Ghana worse than what he inherited from former President John Mahama. He opined that Akufo-Addo has disgraced himself and his family and party in government. 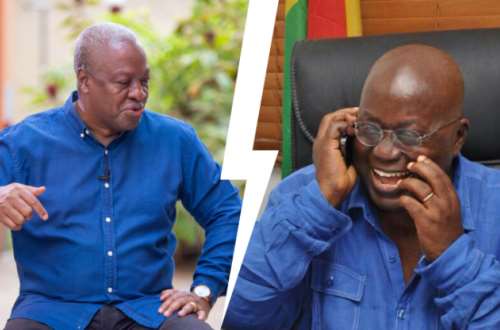 In a post shared on his official Facebook page, Raymond wrote that under the leadership of Akufo-Addo, people he calls his fellow citizens were killed at Techiman during the 2020 elections and he never showed any interest in that case because he wanted to hold on to power.

Raymond opined that, it is shameful of somebody who is projected as a human rights lawyer.

"Akufo-Addo has messed Ghana up and made it worse than what he inherited from John Mahama."Raymond remarked.

He argued that, Under Akufo-Addo, first in the 4th Republic, over 20,000 citizens were disenfranchised by this shameless EC that wants us to believe they could be trusted, and they've been denied representation in Parliament. 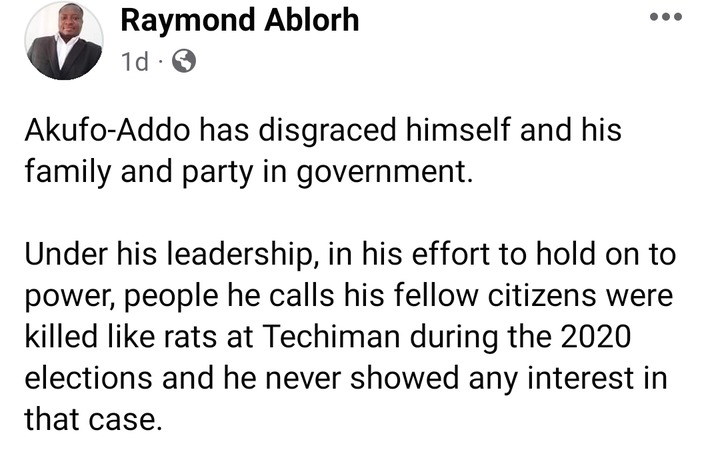 He alleged that the Supreme Court seems to always favor Akufo-Addo and seems unable to protect the constitution in that regard.The economy is in a total mess. Ghana is in a big mess because of Akufo-Addo's cluelessness and super incompetence. His own party is in a terrible mess.