By Akumwee (self meida writer) | 1 months 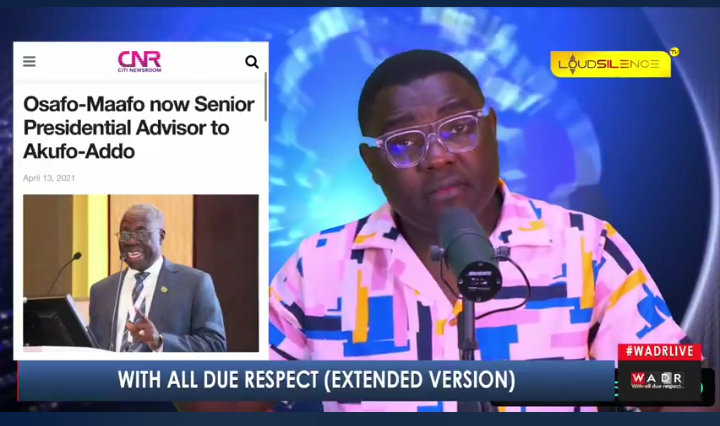 On his WARD program shown on facebook live, he took time to criticized the president of the republic for deciding to appoint Mr. Yaw Asafo-Maafo as his senior advisor.

He allerged that Mr Yaw Osafo Maafo has been involved in criminal activity like the kroll & Associates case which led to the sacking of Mr Yaw Domelovo, formal Auditor General of Ghana.

It was on this basics that he does not see the reason that Nana Addo will reappoint someone of his caliber when there are other people in his government who can equally perform that function as the senior advisor to him the president. He continue to his rattling that he was the first person to do investigation about the Kroll and Associates scandal which he has evidence to prove hence if any one has any other prove to disprove his document can bring it.

Again, he went further to say the president lack ideals to government and that is the reason he appointment Mr Yaw Osafo Maafo to be his advisor in chief. After cristisizing the president, he lambasted other appointees of the president including the ECG boss who he claimed was a taxi drive in the United States before being appointed to the position he occupies now. These and many other issues were dive into during the program

Content created and supplied by: Akumwee (via Opera News )

The Effects Of Stress During Pregnancy.

Residents of Graphic Road in Accra may be troubled as demolishing begins soon. Check out the date