By Selassiegh (self meida writer) | 18 days Television personality and co host of New Day show on television network tv3, Johnnie Hughes has in a post on taken one Twitter use with the name @nana Kofi to the cleaners for questioning his achievements.

Johnnie Hughes earlier today in reacting to the news of the First Lady of the country, Her Excellency Rebecca Addo refunding all allowances and salaries paid to her, posted a submission addressing the issue of foot soldiers of the various political parties coming to attack people on social media whenever their respective parties are being criticized. He added that, this foot soldiers don’t even read their submissions before coming to attack them. 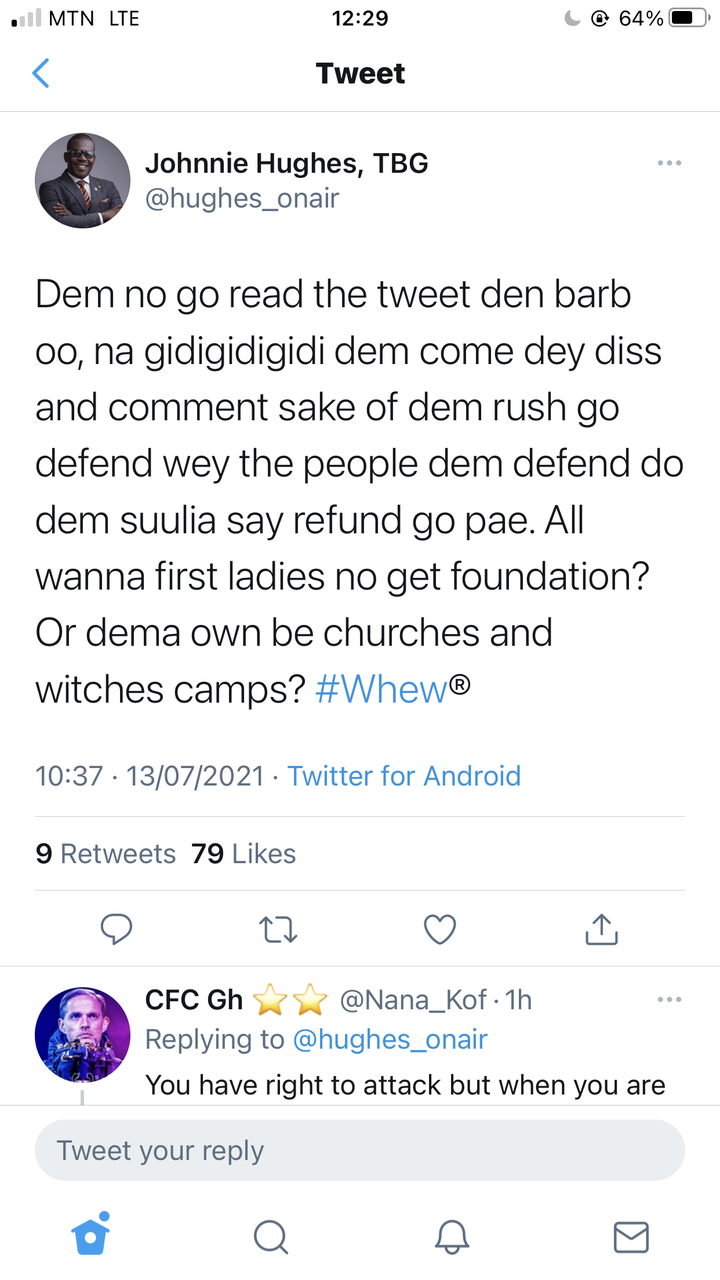 under the comment section of his post, one Twitter user with the name @nana_kofi replied Johnnie saying that he has the right to attack people but when he is being attacked then the person has been given money.

@nana_Kofi went ahead to insult Johnnie Hughes saying he is an empty person and only tv3 can employ him as he also question the achievements he, Johnnie Hughes has chalked in his life.

You have right to attack but when you are attacked, the person is given suula b4, is not your fault, tv3 decided to employ empty person like you, tell Ghanaians what you have been able to achieve in life?

Johnnie Hughes in replying the tweep said one of his achievements he has chalked is dating the mother of @nana_kofi.