Russia's invasion, and its blockade of Ukraine's grain exports, have sparked grain and fertiliser shortages and put millions of people at risk of hunger. The chair of the AU commission said there was an "urgent need for dialogue" to restore global stability. 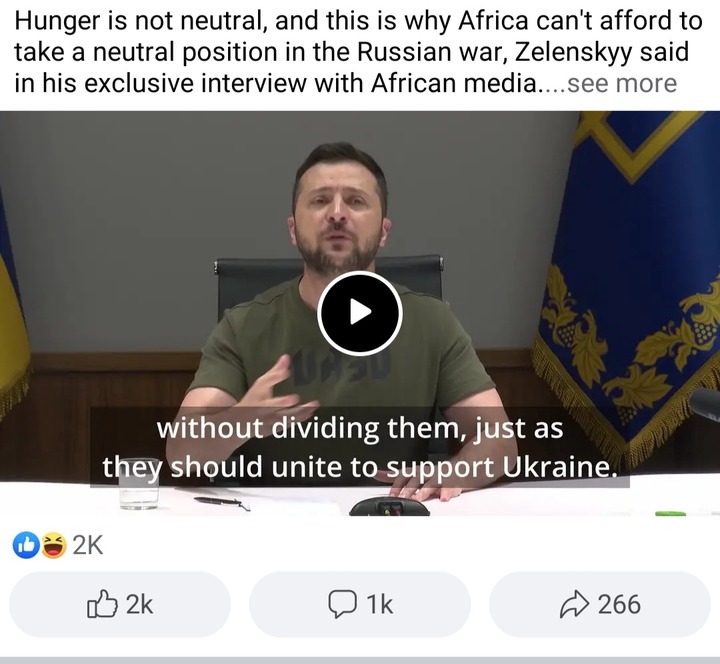 Africa is actually a hostage of those who unleashed war against our state,” Zelensky said in an address to the African Union. “This war may seem very distant to you and your countries. But the food prices that are catastrophically rising have already brought the war to the homes of millions of African families,” he said.

“The unjust level of food prices, which has been provoked by the Russian war, is being painfully felt on all continents. Unfortunately, this can be a particular problem for your countries.”

Ukraine and the West hope to weaken those ties by emphasizing that Russia’s actions are to blame for dramatic shortages of wheat and edible oils and skyrocketing food and fuel prices across the African continent of 1.3 billion people. Russia’s blockade of Ukrainian exports is a war crime.

Zelenskyy, speaking via videolink, also reminded AU leaders about Africa’s history of being colonized and said the continent should never support any attempt by one nation to colonize another. 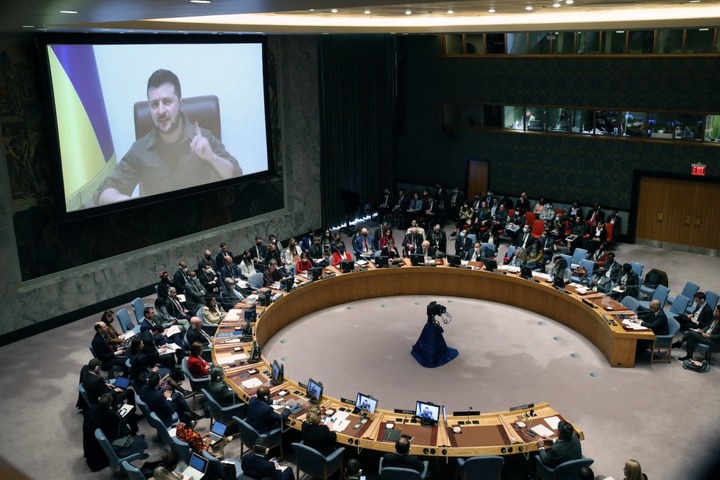 Millions of people in the Horn of Africa, including Ethiopia and Somalia, are now struggling to find food or even humanitarian food aid amid a historic drought. The Associated Press was the first to report hundreds of deaths this year in Somalia alone.

Analysts say the African Union AU is unlikely to offer Ukraine much support against Russia despite a passionate address Monday by Ukraine's president. Many African nations have historical ties to Russia and have refused to condemn its invasion of Ukraine. 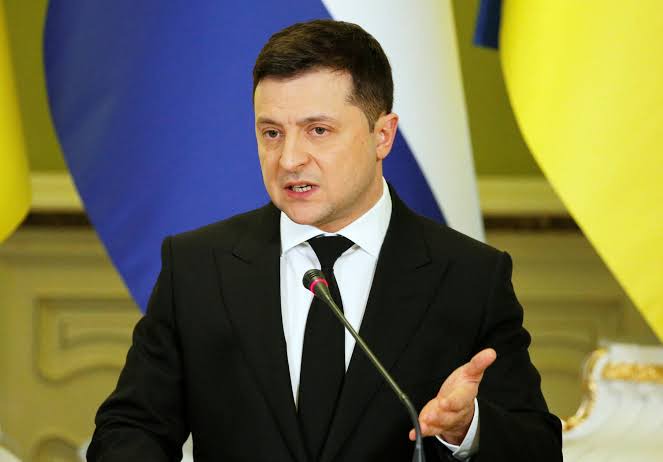 Russia is the largest weapons exporter to sub-Saharan Africa, and Moscow emphasizes its long ties with African nations dating to the Soviet Union. Some African leaders, meanwhile, are exasperated by global powers’ efforts to choose one side or another.