The current happening in the parliament of Ghana, has revealed, that the National Democratic Congress (NDC –Minority), has finally gotten their revenge on the Majority New Patriotic Party (NPP) in parliament. 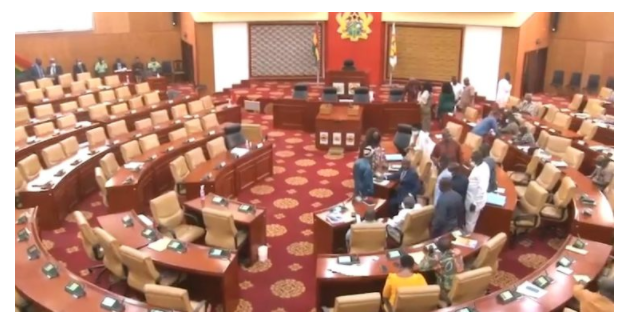 Ahead of the 2022 budget debate on Friday, November 26, 2021 in the floor of Parliament, the NPP members on the Majority side of the house staged a walkout, following a disagreement over a directive by the Speaker of Parliament, Rt. Honourable Alban Bagbin, for non-MPs to vacate the Chamber.

During the business of the day, the floor of Parliament through a voice vote had rejected a request by Ken Ofori-Atta the Minister of Finance, to meet the leadership of the House before the approval of the 2022 budget. 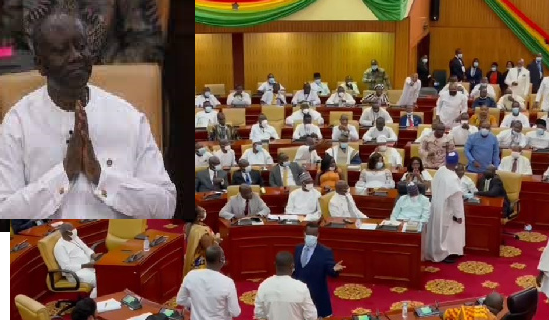 After the voice vote, Honourable Alexander Afenyo Markin, (the Deputy Majority Leader), challenged the Speaker of the house’s interpretation of the voice vote and called for a ‘division’.

The Speaker then directed that, non-MPs present in the house, had to vacate the Chamber during the voice division process per orders of the House.

While vacating the Chamber, the NPP Majority caucus also demanded that, ‘General’ Johnson Asiedu Nketiah, (General Secretary of the opposition National Democratic Congress-NDC), who was then sitting in the public gallery, also leave the House, but that request was ignored. 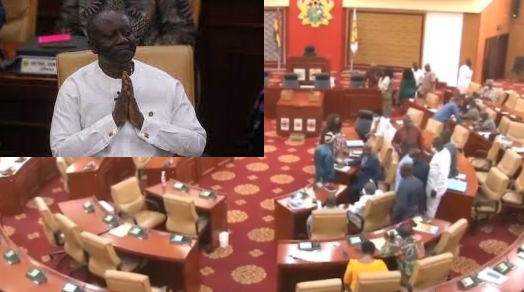 This led to the NPP majorities walking out of the house, leaving their side completely empty, and the NDC side of the house in their full numbers.

It turned out that, the majority’s walkout from the chamber did not prevent the House from continuing with the business of the day, and so the 2022 budget, by the Finance Minister was rejected by the NDC minority, (in this case rejected by parliament according to the constitution).

Today’s happening in parliament appears to be a like a revenge by the NDC MPs on the NPP MPs, in the chamber. This is because the NDC caucus in January 2020 also walked out of parliament to show their displeasure in the Electoral Commission’s (EC) Budget.

Explaining their reason for boycotting the Electoral Commission (EC) budget, the NDC caucus in Parliament said, that the EC failed to present further and better particulars regarding the detailed expenditure, detailed estimates on the new machines needed for the new voters’ register, and how the Commission used the previous year’s budget. 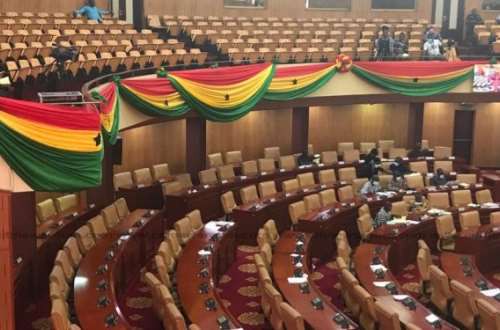 Minority in Parliament from the onset has not been part of the EC’S move to compile a new voters’ register ahead of the 2020 elections, though the ruling New Patriotic Party (NPP) was in favour.

Whiles the debate went on, the then Minority NDCs disagreed with the EC’s budget for a new voters register, but the Majority in Parliament agreed to approve it, and when confusions broke out in the house, leading to the NDC Minority walking out of the chamber.

After the NDC caucus walked out of the house leaving only the NPP MPs in the chamber, the house still had the quorum to carry out on the business of the day…and so the house proceeded to vote on the EC’s budget and approved it; just as happened today.

This, in my view is a real revenge by the NDC MPs on their opponent NPP in parliament.

What are your views…do you think what the NDC did today was a payback on the NPP?