Breaking the eight: Nana Addo explains why NPP can break the eight years ’norm’ of governance.

On pure fm this morning, Kwame Adinkra had an exclusive interview with Nana Addo, the president of the Republic of Ghana. During the interview, a variety of topics were explored. In terms of agriculture, the president praised the agriculture minister for his outstanding performance during his term of office. Looking at some of the ministry's wonderful measures, such as planting for food and jobs, he was certainly deserving of the praise. 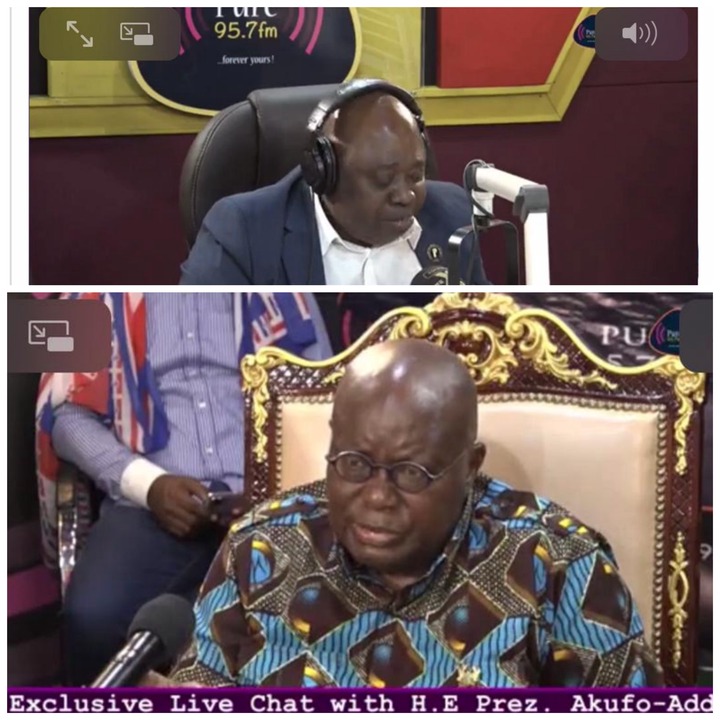 The topic of a KMA dept also came up, but the president informed the presenter that in such cases, it's important to draw conclusions only after a full examination.

The question of MMDCES nominees also came up. The president expressed his confidence and optimism that the bulk of the nominees would be confirmed. He also stated that he still certain that MMDCES should be elected. He claimed that other African countries, such as South Africa and Kenya, have local government elections and that nothing has occurred to the country. Nana Addo stated that he hopes that the electing of MMDCES will be explored in the future.

The host, Kwame Adinkra, reminded the president that he previously stated that when he leaves office, he would like to pass over to an NPP government. Mr. President stated that he is certain that they will be able to break the eight-year rule, citing the programs that they have implemented as an effective basis. According to the president, NPP's programs require more than eight years to complete. He explained that Ghana would have been better off if the two prior presidents from the opposition party had finished what former President Kuffour started. Nonetheless, the party must work together and send a positive message to the Ghanaian people in order to make the ‘Breaking the eight’ campaign a success.

The question is whether you, as a Ghanaian, feel that the NPP can break the eight-year rule that has practically become the norm this time around.

Below is the link to the interview