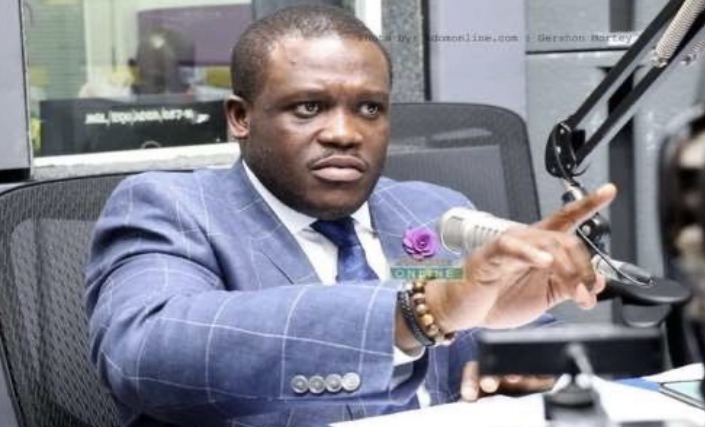 The recent unexpected post by the popularly known Ghanaian politician and member of parliament for Ningo-Prampram on the ticket of the NDC has sparked massive stir, debates and arguments across all social media platforms after he boldly revealed another ‘hot’ secret about the largest opposition party, NDC.

Even though there has been several debates between the majority and minority in parliament over the most anticipated E-levy, there seem to be no collaborative effort amongst the two prominent parties over the bill.

With respect to this, the popularly known Ghanaian politician and Member of parliament for Ningo-Prampram, Sam George has finally done the unexpected as her took the privilege to reveal another secret about the NDC over the most anticipated E-levy.

The popularly known politician and member of the largest opposition party, NDC, Sam George took the privilege to set the records straight over the most anticipated E-levy that has undoubtedly resides lots of concerns amongst Ghanaians.

According to Sam George in a recent social media post, the largest opposition party, NDC wouldn’t have introduced any bill such as the E-levy if they were in power unlike the NPp government amidst the Covid19 pandemic.

”We had absolutely no intention of introducing an E-levy like the NPP has”, Sam George emphatically revealed.

Below is a look at the popularly known Ghanaian politician and member of parliament for Ningo-Prampram, Sam George that has caused massive stir online.

Do you think that the largest opposition party, NDC wouldn’t have introduced E-levy amidst Covid19 outbreak considering the country’s economy have been affected even though most individuals claimed otherwise?

What are your thoughts on the Member of parliament for Ningo-Prampram, Sam George’s unexpected post over E-levy that has caused massive stir even though most individuals claimed otherwise?

I Like You, Please Invite Me To Your Church - Abena Korkor Tells Ajagurajah