President Akufo Addo takes back his free water and Electricity through the back door. 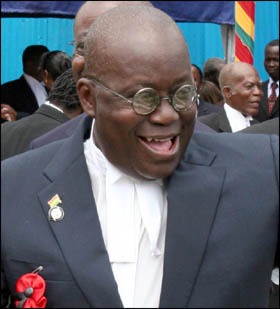 The word 'Free' means, without cost or payment. When you are given, or you give something free, it means the beneficiary gets the benefit without any form of direct or indirect cost now, or in the future.

Free means free. When it cost you at that moment, you have paid and certainly can not be described as free. If brings cost at a latter date, it is a credit. Again, certainly not free too.

However, the current Akufo Addo government is trying so hard to defend its decision to make Ghanaians pay for what it had described as 'free' water and electricity.

At the peak of the spread of the Coronavirus, the world went into a difficult situation. The only viable measure that could curtail the spread of the deadly disease was for countries to go on a temporary lockdown.

This brought an untold hardship to many Ghanaians in particular. Movement and economic activities got seized by the restrictions.

Governments all over the world resorted to desperate measures to bring reliefs to their citizens. Free foods, water, medications etc, to citizens became one sure way of doing that. Ghana was no different.

President Akufo-Addo, in one of his updates on the measures taken to address the effects of the pandemic in the country announced one significant policy. Free water for all and a 50% rebate of electricity for non lifeline consumers.

Ghanaians jubilated and showered praises upon the 'benevolent' President. The President was tagged a 'show boy' who cares so much about his fellow Ghanaians.

In those ecstatic moment, some Ghanaians prompted us of the fact that, this cannot be free. They said, the economic situation of Ghana cannot afford such freebies, and we would have to pay sooner or later.

These people, who could read between the lines told us that, our joy of those freebies were only on credit line. Payment day will be due soon.

We didn't listen to them. We called then opposition. Furthermore, we thought their commentaries were propaganda, only seeking to thwart the political benefits the President was going to accrue going into the 2020 general elections.

Alas. The skeptics were right. The freebies were not free after all. Right in the 2021 budget read a few days ago by the majority leader, Osei Kyei Mensah Bonsu, is a well calculated tax imposed on Ghanaians to pay every free thing they enjoyed during the lockdown.

The information minister, Kojo Opong Nkrumah has openly admitted this fact, saying that, the taxes are to pay for all the freebies Ghanaians enjoyed during the lockdown. According to him, the over Ghc 19 billion, which was a debt the country incurred due to Covid-19 would have to be paid.

Who else will pay aside the people who enjoyed what brought the debt in the first place?.

This is a deceit in the highest order. Something the government used as part of its main flagship campaign message, that it has given Ghanaians free water and Electricity, an unprecedented achievement it claimed them? After taken the dividend by being re-elected into power, it now wants to claim with the left hand what it had given with the right?

Ghanaian must reject this. We cannot reward politicians for a gesture, only for them to take back what they exchanged through the back door.

The Akufo Addo government is unfair to Ghanians in this regard. It must take a second look at the these taxes, or risk losing the trust of Ghanaians. This singular act, if not reversed would cement the long held notion that, politicians can not be trusted.