The deal, signed on the sidelines of the then ongoing Africa Investment Forum (AIF) in Johannesburg, South Africa, was to move forward the construction stage of the single largest infrastructure development in Africa and initialed by Ghana’s then Railways Development Minister, Mr Joe Ghartey and Mr Hubert Danso, Director of AI SkyTrain Consortium Holdings, in the presence of President Nana Addo Dankwa Akufo Addo, and Dr Akinwumi Adesina, President of the African Development Bank (AfDB), the project was expected to help ease the increasing traffic congestions in Accra, but if you have been to any part of Accra, you know by now that, this never came to fruition. Commenting on the deal then, hopeful and excited President Akufo-Addo had said that, the agreement marked a critical step in Ghana’s efforts of meeting important infrastructural needs, and that, “This is happy day for Ghana and its people”.

Then Railways Development Minister, Mr Joe Ghartey, who signed the agreement for Ghana on the sidelines of the Africa Investment Forum in Johannesburg, South Africa, had emphasized that the Sky Train Project was the solution to the ever-increasing road traffic congestion in Accra, with its detrimental effects on economic activity, pollution and the quality of life.

“There is confidence in the project. The promoters (Ai SkyTrain Consortium) are very serious, and that is why we invited the President, himself, to witness the signing. This should assure the investors that Government is solidly behind it. The economics of this project are also good. We are very excited about the prospects. Today, we have signed an MoU, which will last nine months, where they (Ai SkyTrain Consortium) can do their feasibility into detail. After which we have given ourselves 45 days to take our concessionary agreements for approval by Cabinet and also by Parliament. By January 2020, we should start the construction of the project and we are exceptionally excited also by the fact that a lot of the construction works will be done in Ghana. It will create a lot of jobs in Ghana, because the fabrication and construction will all be done in Ghana.” Hon. Ghartey had said.

The scheme is still at an early stage. Pre-feasibility studies have been completed and a feasibility study is about to begin. Nevertheless, Mr Ghartey said the government was hopeful that it would go ahead. He added: “This should assure the investors that government is solidly behind it. The economics of this project are also good. We are very excited about the prospects.”

Solomon Asamoah, the chief executive of the Ghanaian Infrastructure Investment Fund, had also said that, "the project would be rolled out in phases, with the first covering 256km at a cost of $1.2bn and that, once complete, the Sky Train would move 380,000 out of Accra’s 6 million people a day." 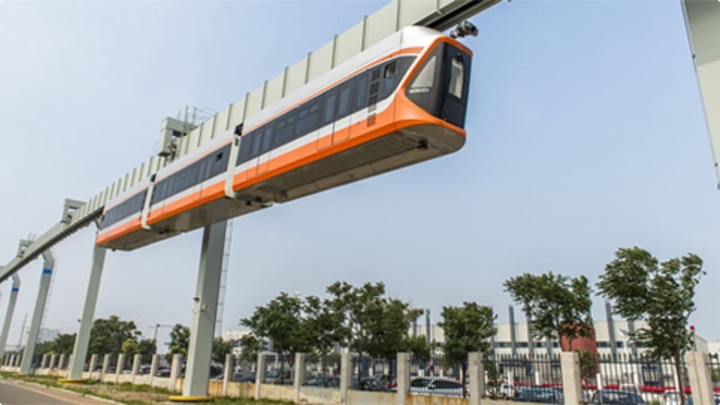 On his part, President Akufo-Addo had stated that, after the deterioration of Ghana’s rail infrastructure over the years, it had become a priority of the Government “to rehabilitate, revive and expand, and get us a railway infrastructure that is fit for purpose and that this is a good example of intra-Africa co-operation. It is Ghana-South Africa co-operation, meeting and coming together to deal with the problem of urbanization, which is facing all our countries. Accra, with a population of some 250,000 at independence, now had six million people, and the Accra SkyTrain Project, is a very, very efficient solution to it. I am happy that is the result of the cooperation between our two countries.” President Nana Addo had said.

He had provided assurances to the Consortium, of the unflinching commitment of Government to “manage the country well, give the country good governance, and provide a strong macro-economy, so that those who bring their money into Ghana are protected in terms of the rules of the game, and are also protected by the level of the economic environment.” The African Investment SkyTrain Consortium was made up Wilson Bayly Holmes, a construction engineering company in South Africa; BUNENGI Group, a project development company focused on developing projects in infrastructure and Ai Capital, the investment and financing arm of the Ai Group, one of the most in influential international investment banking advisory groups focused on Africa.

As at last year, 2020, when it was clear the project will not come on, due to Covid-19 obvious challenges and potential disinterest in the project by the foreign investors, the Ministry of Railways Development, indicated that, it still remained strongly committed to the Accra Sky Train Project and that, contrary to media reports suggesting that the project was a fiasco, both the Ministry of Railways Development and the Government of Ghana on one hand, and the South African Investors, were eager to get the project started, the sector Ministry, had said. It said the coronavirus pandemic has posed a stumbling block on the commencement of the Sky Train Project. Per the agreement, the investors, who are South Africans, were supposed to visit Ghana to conduct the final feasibility study based on which both parties will get the necessary approvals for the start of the project. 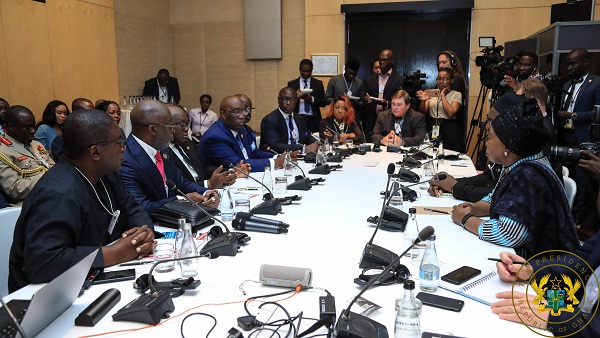 The required approvals are to be obtained from the Public Procurement Authority (PPA), the Accra Metropolitan Assembly (AMA), Parliament of Ghana, Environmental Protection Agency, Ministry of Roads and Highways and any other Local Government areas the train will pass through. However, due to the outbreak of COVID-19 and subsequent border closures in South Africa and Ghana, the investors have not been able to visit Ghana at the time they had planned to undertake the final feasibility studies. The Minister pointed out his strong desire to have the South Africans visit Ghana to conduct the final feasibility study to get work started and therefore, urged the general public to disregard media reports suggesting that the project is a fiasco.

The Ministry assured the public that the South Africans will visit Ghana as soon as the borders are re-opened to complete the final feasibility study before the necessary approvals from PPA, Parliament, AMA, Ministry of Roads and Highways, and the Environmental Protection Agency. It would be recalled that a Memorandum of Understanding (MoU) was signed in November 2018, which allowed the South Africans to undertake preliminary work on the project and based on the preliminary work, a concession agreement was signed in November 2019 in Johannesburg, South Africa. The Concession agreement was to enable the investors to do more work to bring up the engineering design and the exact cost of the project, among others.

Sky train systems are pre-fabricated using precision molded, prestressed reinforced concrete components that are capable of being installed at a very rapid rate, meaning that there is minimal disruption and congestion in the urban area that is undergoing installation and commissioning, as the proposed sky train initiative in Accra provided for the development of five routes, four of which comprised radial routes that originate at the proposed sky train terminal, at the heart of Accra, at a newly developed Kwame Nkrumah Circle, and one route that provides intra-city commuter loop distribution service, also emanating from Circle. The project envisages a total track length across all routes of 194 kilometres. The Sky Train was to be financed by the Ghana Infrastructure Investment Fund (GIIF), an independent fund set up by the government, and the Africa Investment Sky Train Consortium of private companies, African Export-Import Bank, also referred to as Afreximbank.

Whereas this project has so far not seen the light of day, no excuse or reasons have been advanced further to indicate why the project has not even started, and with Hon. Joe Ghartey no more at the helm of the ministry anymore, it may well be indicative that, yes, it a contract was signed in a beautiful ceremony at South Africa, but it ends there, remaining only on paper.