By Fasportsgh.com (self meida writer) | 12 days

Former deputy Youth and Sports Minister, Joseph Yamin, has reacted to Government decision to approve a proposed budget of $25M for 2021 AFCON tournament. 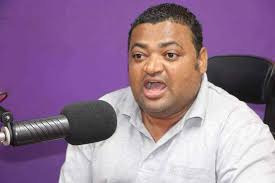 The budget which was raised by the sector Minister, Mustapha Ussif , was approved by President Nana Akuffo Addo, who in a breakfast meeting held at the Jubilee House on Monday with Corporate institutions to help contribute to the total sum of the budget.

The president pledged that his Government is ready to give the sports ministry a sum of $10M of the $25M while entreating the corporate institutions to aid in fulfilling the quantum.

However, Joseph Yamin, tells Kumasi FM that the president should be aiming for the ultimate trophy and not a semi-final berth considering the money involved.

“ If the president is talking about $25M budget, then I do not know why our target should be the semi-final and not the final itself,” He quizzed.

“Ghana is a football Nation and for most tournaments we are the favorites to win , so to say we are setting a semi-final target means we are not too confident of our abilities at this time or we do not have what it takes to get to the final."

He further asked whether the Government is running on zero accounts as he recounted the aim of having GNPC onboard as Black Stars Sponsors before the termination by the NPP Government who he described as a confused one.

“But I will like to ask whether we are too broke to the extent that the Government will want to look for sponsorship from this Oil Corporations.”

“Because this is a Government that terminated the sponsorship which existed between the GFA and the GNPC, claiming it was needless. That sponsorship was meant to cushion the National Team for tournaments but this Government didn’t see any wisdom in it , only for them to go back to the same institutions. And I can only say that the Government is confused and doesn’t really know what to do.” He concluded 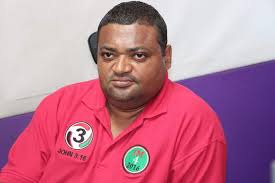 This budget was unveiled at a breakfast meeting between Corporate Ghana and the Chief Executive Officers from state institutions.

The meeting which took place at the Jubilee House on Monday was to discuss how funds could be raised for the Black Stars ahead of upcoming competitions.

The idea was to involve corporate organizations so the financial burden on the sports ministry is eased allowing them to also focus on other sports.

Content created and supplied by: Fasportsgh.com (via Opera News )