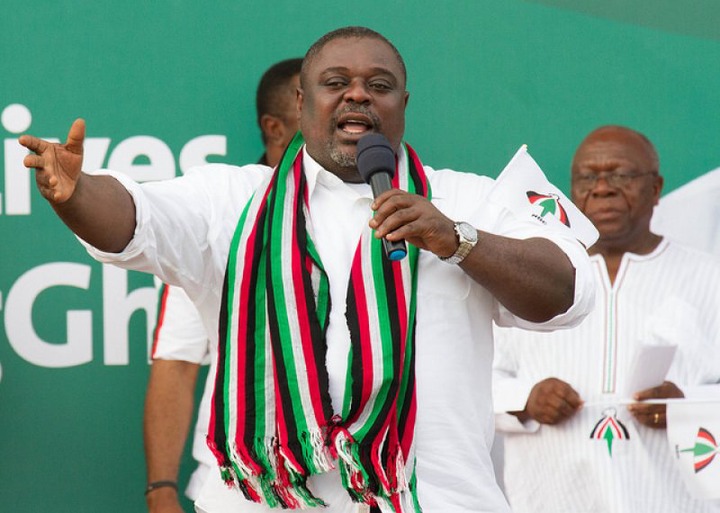 In a series of tweets, Mr Anyidoho says the NDC will be making a grievous mistake if it allows Asiedu Nketia to become its chairman, warning that will mark the burial date of the party.

“The day the NDC makes a sacrilegious mistake and allows Asiedu-Nketiah, to become Chmn and Leader of the NDC that will be the END of the NDC. Asiedu-Nketiah is NOT fit to be Chmn of the NDC”, he tweeted.

He alleged that Mr Asiedu Nketia as General Secretary ensured the NDC lost the 2016 election when he orchestrated the party's defeat at Tain, a constituency that Mr Nketia has served as Member of Parliament.

He further charged Mr Asiedu Nketia to account for all the resources of the party under his care.

“Asiedu-Nketiah; where is the land that President Atta-Mills bought for the construction of the NDC School? Asiedu-Nketiah; account for ALL monies received from EC as filing fees”, he said.

The NDC is currently at the Constituency level of its reorganization drive for election 2024 after which the Regional and National elections will follow respectively.

Even before nominations are opened for the National elections, several key members of the party have declared their intentions to contest for some of the key positions.

The National Chairman race promises to be tense with rumours of Asiedu Nketia’s interest in the position.

The Incumbent Chairman, Samuel Ofosu Ampofo has already declared his intention to seek reelection with a strong vow to defeat anyone who comes up against him.

Although Asiedu Nketia has not officially declared his interest in the seat, his recent public statements suggest he is eyeing for the Chairmanship position.

Mr Nketiah, popularly referred to as ‘General Mosquito, in a recent interview on Accra-based Radio Gold said after serving as General Secretary of the NDC for close to seventeen years, the time had now come for him to aim for something much higher.

“I can contest for Chairmanship, Flagbearer or Running mate. What I know is that I will not compete for the position of General Secretary”, he told Radio Gold.