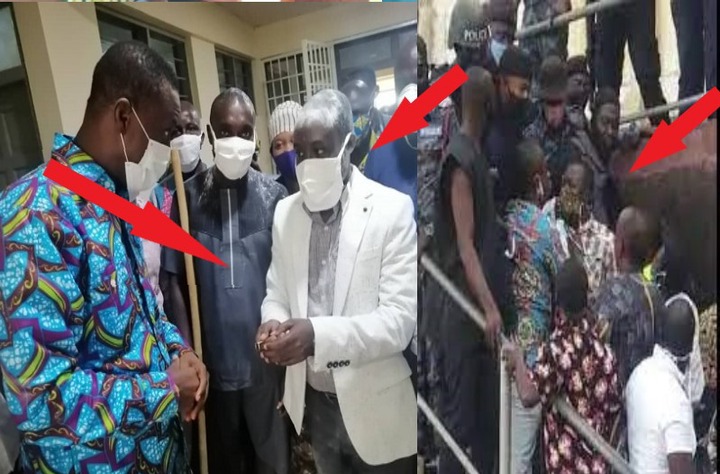 The nominee for the Municipal Chief Executive (MCE) for Tarkwa-Nsuaem, Benjamin Kesse stands at the cliff. He has every reason to fear the twenty-one (21) assembly members who threatened legal action against his confirmation in 2020 over claims that he was illegally confirmed as the MCE for the area.

Today, he is faced with a major threat of possible rejection by the assembly given the numbers that resisted his appointment after a reported obstruction by ‘hired’ military and police officers in May 2020. The 21 assembly members stand a good chance to penalize him for what was meted out at them. 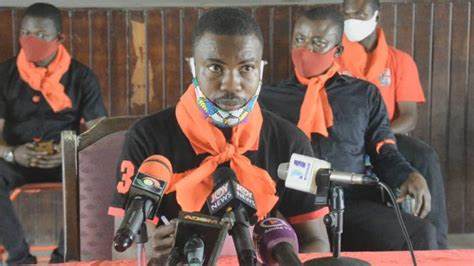 Aggrieved Assemblymembers address the press on the issue

It was argued by Paa Kwasi Ephriam, Assemblymember for Kwabedu Electoral Area, that he and twenty (20) other assembly members were restricted from entering the voting premises for the confirmation of Ben Kesse. This was the second attempt after the first confirmation on May 20 2020 got him rejected by the assembly members.

The mafia tactic which was allegedly spearheaded by the Regional Minister, Kwabena Okyere Darko, two days after the failed confirmation, secured an endorsement from 19 assembly members for Mr. Benjamin Kesse to be the MCE for the assembly. The 21 others were dissatisfied and filed legal action to challenge Mr. Benjamin Kesse from holding the office of the MCE but the court ruled against them. The 21 disgruntled assembly members ended with some heavy fines slapped on them by the court in April 2021. 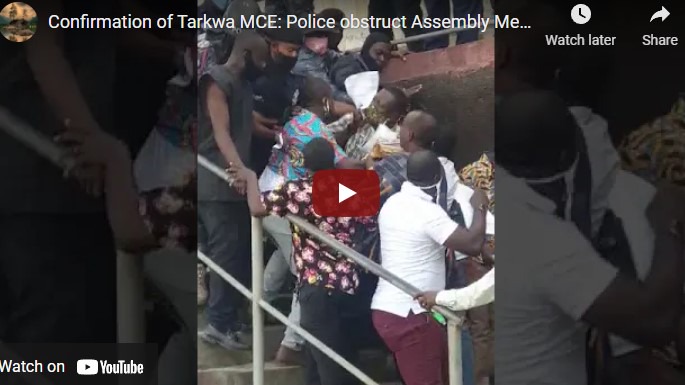 On the back of these events, the 21 disgruntled assembly members have a perfect opportunity to take a pound of flesh of the MCE nominee to compensate for their loss and anger. The early signals from the Regional Minister’s office suggest an attempt to protect Mr. Benjamin Kesse who has been renominated by the President from the wrath of the assembly members.

In a letter issued on 27 September 2021, which published dates for the confirmation of MMDCE nominees in the Western Region, the Tarkwa Nsuaem Municipality, Prestea Huni-Valley Municipality, and the Sekondi-Takoradi Metropolis were exempted. Earlier justifications from the Office of the Regional Minister argued that the MCE nominees in the above-mentioned districts had not served a four-year tenure and as such ought to be granted continuity of office without any confirmation. 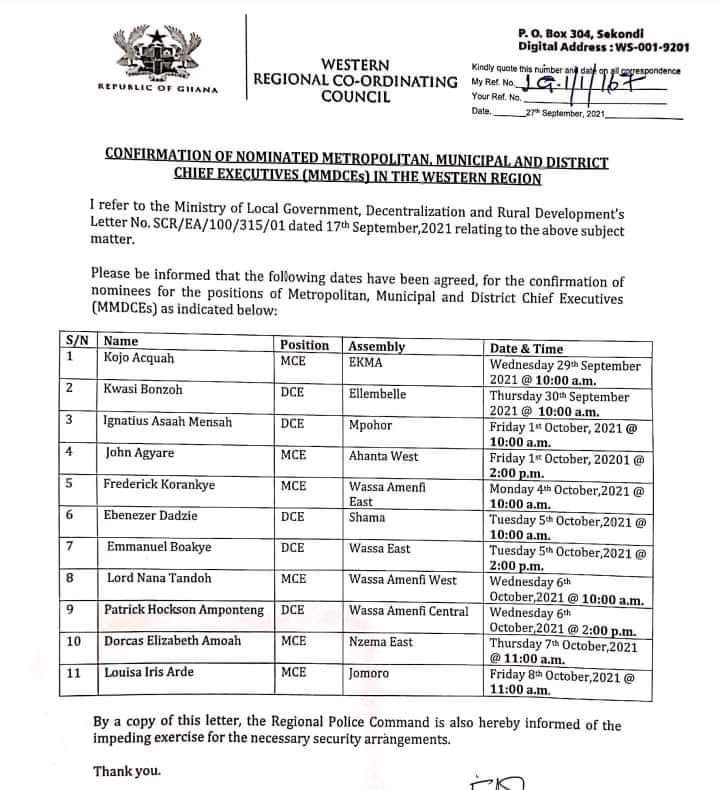 But this has been met with some protest, as many think it is a deliberate scheme to protect the Tarkwa Nsuaem MCE nominee, and to a larger extent disenfranchise the assembly members from exercising their constitutional rights.

Reference to the Presidential Transition Act 2012 (Act 845), and the Local Governance Act 2016 (Act 936), a simple conclusion is made about the termination of office/appointment of MMDCEs after a general election. Unless re-appointed and confirmed, no other MMCE can continue to hold office.

Technically, this was emphasized in the President’s directive on January 11, 2021, which terminated the appointment of all MMDCEs.