By Sexy_Wtriter (self meida writer) | 1 months

His Excellency President Nana Addo Dankwa Akufo Addo, is repeating the same mistakes that were made by Former President John Dramani Mahama of the National Democratic Congress (NDC). 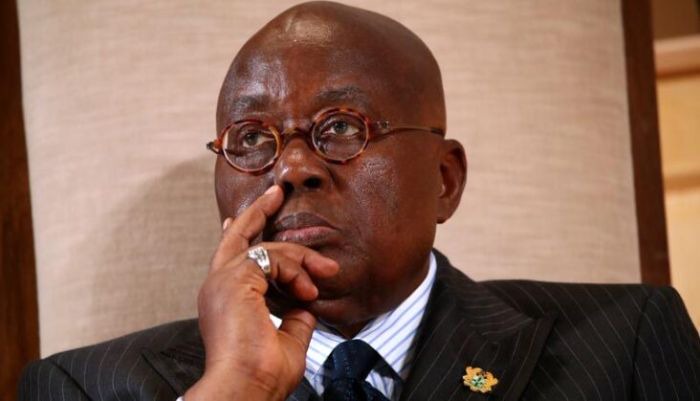 These mistakes led to the unprecedented defeat of John Mahama. For a sitting president who was defeated in a run to his next term in office as president was unprecedented.

Former President John Dramani Mahama made these five (5) mistakes, and it led to his 'disgrace' but it surprises me His Excellency President Akufo Addo is doing the same mistakes. These mistakes include:

John Dramani Mahama surrounded his leadership with family and friends, and this can even be seen in our previous governments like that of former president John Agyekum Kuffour as he appointed his own biological brother as Defense Minister among others.

One may argue that this is normal and its not new in our political discourse, but I am also of the view that these are the mistakes that our political leaders make because the ordinary Ghanaians vote against presidents in their next election, this is because they are of the view that the president and his entire family are enjoying while he or she stood in the scorching sun to vote for him or her as president.

Currently, the stronghold of the New Patriotic Party (NPP) which is the Ashanti Region of Ghana, is in total darkness. With this I mean the good people of the region are experiencing electricity cuts which is locally known in typical Ghanaian language as 'dumsor'. This has caused workers in the region to talk against the Akufo Addo led administration. During John Mahama's era, the stronghold of the National Democratic Congress (NDC) did same as they even went to the extent of demonstrating against Mahama led government for neglecting the region when it comes to roads.

During John Mahama's era, the Deputy Minister of Education at the time thus is the year 2016 was Samuel Okudzeto Ablakwa. In the wake of scrubbing the teacher trainees allowance, some of the utterances of the minister really angered teachers and it was that same anger that transpired in the NDC's teasing defeat in the 204 presidential elections. Okudzeto was very disrespectful to teachers and the NDC party in general.

President Akufo Addo's former Education Minister, who was in the shape of Honourable Matthew Opoku Prempeh was making these same mistakes and I strongly believe it is the reason why he has been changed from Education Ministry to that of Energy Ministry. Teachers for al we know determines who wins the presidential elections in Ghana. This is a fact.

The arrogance of John Dramani Mahama appointees caused his downfall in 2016 presidential elections. In 2021, Akufo Addo is doing same with his appointees. These appointees are intolerant to the media. The District Chief Executives been appointed by President Akufo Addo only aims at selecting someone from the party while not bringing into perspective the interest of the people in that same district.

Content created and supplied by: Sexy_Wtriter (via Opera News )