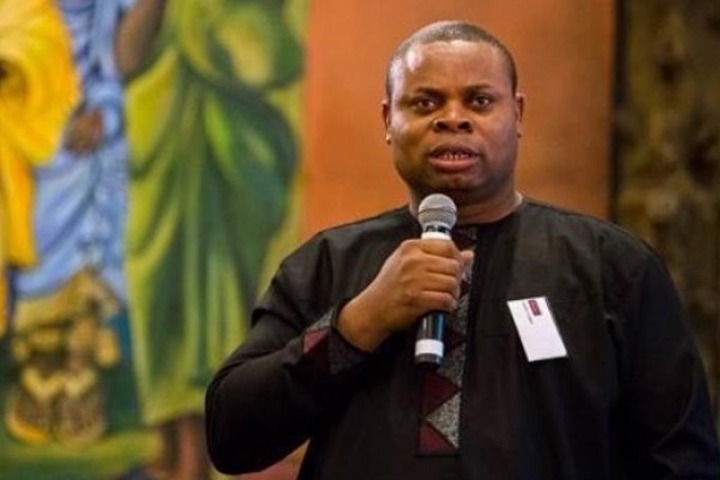 The founding President of Policy Think Tank IMANI Africa has taken a swipe at Chief Justice (CJ) Kwasi Anim-Yeboah for urging Ghanaians to defend the constitution.

His Lordship at the 16th edition of the Re: Akoto Memorial Lectures in Kumasi called on the nation to work collectively to safeguard the Constitution.

“We must perform our duties as citizens by working collectively to protect and safeguard the Constitution irrespective of the circumstances in which we find ourselves,” he said.

Responding to the CJ's call, Franklin Cudjoe accused Anim-Yeboah and the judiciary of acting unconcerned when Ghanaian voters in the SALL area were deliberately disenfranchised by the Electoral Commission.

He also ​suggested that the CJ's advice to Ghanaians to defend the constitution was not sincere but mere rhetoric.

He wondered if the CJ's advice applied to the people in the SALL area as they still do not have a representative in parliament.

"My Lord, does this apply to SALL people too, because we did so much to prevent the deliberate emasculation before the creation of the regions, the elections, and the courts were mostly in our way. Anyways, we will try one more time," he wrote on Twitter.

Franklin Cudjoe and other Civil Society groups have been pushing to have people in the SALL area vote in a special parliamentary election to have a representative in parliament but to no avail.

Per the current composition of parliament, they do not have an MP representing them.