Edudzi Tamekloe, a member of the NDC legal team, has expressed worry about the decision of Kwame Baffoe aka Abronye DC, Bono Regional Chairman of the ruling New Patriotic Party, to discuss the cars purchased by the appointees of the former Mahama administration.

He claimed that Abronye DC's reply was pointless because he knew these specifics but had kept quiet for the previous six years.

Earlier this week, the NPP Bono Regional Chairman revealed details of how several state-owned vehicles were acquired at a discount by former members of the National Democratic Congress government as they prepared to leave office during a press conference. 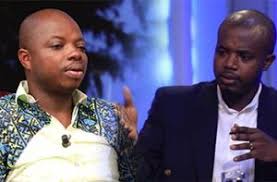 “Don’t mind Abronye DC, the way he speaks shows his party is useless. Completely useless, If you know government bought a property belonging to the state and you have been quiet for six years then you are useless.”

“You just expose to the whole Ghana that your government is useles.,” he remarked on Okay FM.

Earlier this week, the NPP Bono Regional Chairman revealed details of how several state-owned vehicles were acquired at a discount by former members of the National Democratic Congress government as they prepared to leave office during a press conference.

According to the document saw, 361 automobiles at $110 each were given to government appointees by the John Mahama-led administration for a pitiful sum of $3 million. Abronye claims that the state suffered a financial loss of $107 million as a result of this.

The news conference followed former president John Dramani Mahama's declaration that if he wins the 2024 election, he will examine Article 71 of the 1992 Constitution, which deals with emoluments such ex-gratia for senior government employees.