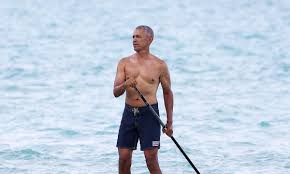 Barack Obama, the 44th president of the United States and the first African American president, was elected over Senator John McCain of Arizona on November 4, 2008. Obama, a former senator from Illinois whose campaign’s slogan was “Change we can believe in” and “Yes we can,” was subsequently elected to a second term over Massachusetts governor Mitt Romney. A winner of the 2009 Nobel Peace Prize, Obama’s presidency was marked by the passage of the Affordable Care Act, or “Obamacare”; the killing of Osama bin Laden by Seal Team Six; the Iran Nuclear Deal and the legalization of gay marriage by the Supreme Court.

Barack Obama’s parents later separated, and Barack Sr. went back to Kenya. He would see his son only once more before dying in a car accident in 1982. Ann remarried in 1965. She and her new husband, an Indonesian man named Lolo Soetoro, moved with her young son to Jakarta in the late 1960s, where Ann worked at the U.S. embassy. Obama’s half-sister, Maya Soetoro Ng, was born in Jakarta in 1970.

At age 10, Obama returned to Hawaii to live with his maternal grandparents. He attended the Punahou School, an elite private school where, as he wrote in his 1995 memoir, Dreams from My Father, he first began to understand the tensions inherent in his mixed racial background. After two years at Occidental College in Los Angeles, he transferred to Columbia University in New York City, from which he graduated in 1983 with a degree in political science.

What About Herbs For HIV? (Read)