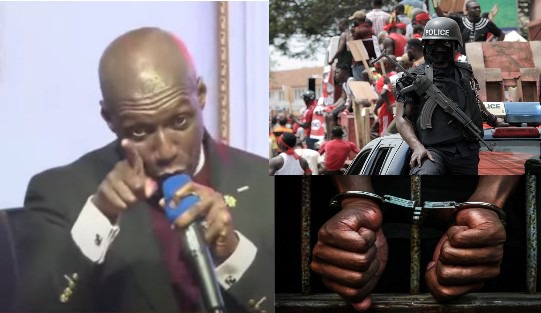 The Founder and Leader of Alabaster International Ministries, Prophet Dr Kofi Oduro has argued that criminals affiliated with political parties stand a greater chance of being free when they are caught. According to him, there are several instances where politically exposed persons who ordinarily should have been prosecuted and jailed for their crimes have been pardoned because the political parties they serve condones and protects such people.

He lamented that the poor and powerless are the ones who suffer injustice in the country due to the extent to which partisan politics had corrupted the system in Ghana. Prophet Oduro indicated that he had once conversed with a young man about the subject only to learn that people that are strongly connected to a political party commit certain crimes with impunity all because somebody within the party will have them released and evade the justices of the country.

Speaking to his church today, Prophet Oduro stressed that political party affiliation has now become a free pass for criminals in the country.

“…if you want to steal and never be prosecuted for it, join a political party in Ghana. You are a thief and a criminal; you will go free. That political party will circumvent the laws and have you freed.”

He recounted that the release of the Chinese ‘galamsey queen’, Aisha Huang became possible because of some political party interest in securing a loan to advance the delivery of its work. Prophet Oduro said the laws were bent completely in an era where poor Ghanaians involved in the same enterprise were criminalized.

“Our leaders have no fear of God. Because of a loan they released that woman [Aisha Huang] to go to his country, and people are sitting in there [prisons] because they can’t have somebody to speak for them,” he concluded.

Prophet Oduro argued that until our leaders commit to being truthful and God fearing they can never evade the wrath of God. He indicated that the systemic manipulation by political exposed persons are infuriating others and could escalate into disaster someday.