By Sadaqount (self media writer) | 2 years ago 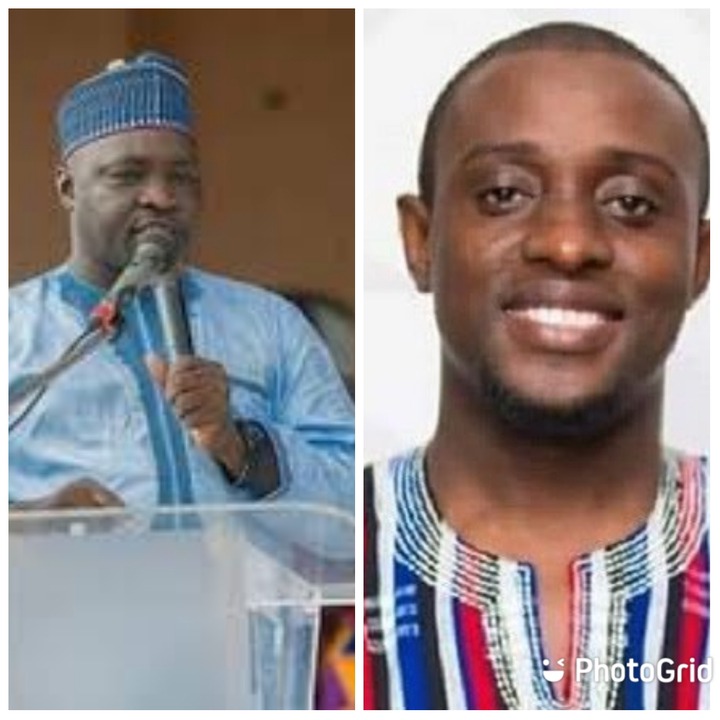 The Asawasi Constituency in the Ashanti region is in the news again, this time among the NPP fraternity.

What was supposed to be a normal forum by the supporters of Mr Manaf Ibrahim who was former staffer at the office of the president attracted the anger of the NPP parliamentary candidate for Asawasi Hon Alhaji Alidu seidu.Both supporters clashed and hurled insults at each other, however no reported incident of violence was recorded.

The meeting was disrupted by the members of Hon Alidu Seidu who double as the MCE for Asokore Mampong Municipality. The acrimony between the two leading NPP personalities in the Asawasi began when the former presidential staffer Mr Manaf Ibrahim declared his ambition to contest the seat of Asawasi on NPP ticket, despite the arrangement to allow the MCE Alhaji Alidu Seidu to stand unopposed by the regional NPP executive, Mr Manaf disagreed and declared his bid to vie for the seat.

Mr Manaf subsequently sought a redress at the Kumasi High Court on the matter.

Subsequently, the office of the president relieved him of his post at the presidency,. There have rumors that Mr Manaf is planning to contest the Asawasi as an independent despite his suspension from the NPP. The teaming supporters of the former presidential staffer have been calling for Mr Manaf to declare to stand as an independent since he has not been fairly treated.

Content created and supplied by: Sadaqount (via Opera News )

Is Otto Addo The Right Man To Lead Ghana At The World Cup?

Inkai Williams And Salisu Mohammed Get Better Ratings Ahead Of Dede, Jordan, Gyan And Kamaldeen