I Wish We Do Not Split Heads On This; Ablakwa On Bagbin-Muntaka Tussle On MPs Referral To Privileges

By GeneralConceptMedia (self media writer) | 9 months ago 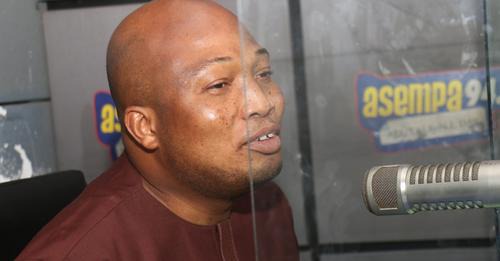 Member of Parliament for North Tongu Constituency, Samuel Okudzeto Ablakwa has said his only wish is for the House of Parliament to go unsplit in the decision to deal with the three absentee Members of the House.

This was contested by the Asawase MP, Muntaka Mubarak who thought a Member of the House should have rather raised the motion for the three MPs to be referred by the Speaker to the Committee.

Speaking in view of this, Ablakwa noticed that neither of the two is against the fact that the three MPs must be sanctioned for flouting the law, but the processes.

“Nobody is contesting the processes. Hon Muntaka thinks a Member of Parliament should raise it then when it has been raised and presented to the Speaker, the Speaker refers the matter to the Privileges Committee but the Speaker is saying that he is coming by way of communication which is allowed under our Standing Orders. He is presenting it as a proposal to the Privileges Committee”, he explained on Eyewitness News.

“I really would have wished we do not split heads over the procedure since we are in uncharted waters and just focus on the principles and how to implement Article 97(1)(c) of the constitution And how to be guided by the appeal court decision on the case of Prof Kwaku Asare.”

Nevertheless, the North Tongu legislator said the turns of events in the current Parliament are healthy for Parliamentary democracy.

“We are charting a path that will become the convention. It is good that we are having these contests. I do not see it as a conflict per se. It is different viewpoints that are being expressed. The Hon Muntaka Mubarak is the most experienced Chief Whip this country’s Parliament has ever had so you can credit him with a lot of know-how on the ins and outs of Parliament. He is coming up against a Speaker who is also well versed, very experienced, even more, experienced than him who has seen it all.”