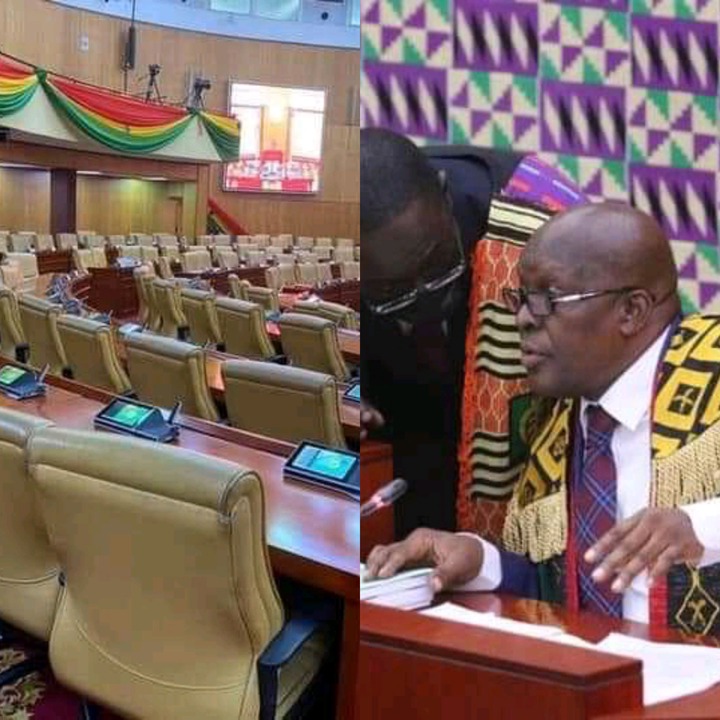 The Speaker of Ghana's 8th Parliament, Honorable Kingsford Sumana Alban Bagbin, was compelled to suspend proceedings in the Parliament House after the Majority Caucus ( NPP MPs) failed to appear before the house as discussions are still ongoing to approve or disapprove the 2022 Agyenkwa Budget presented to the house by the Minister of Finance, Ken Ofori-Atta some days ago.

The entire discussions and debates began yesterday, Thursday, November 25, to approve the Budget. However, the Minority in Parliament (that is the NDC Caucus) have insisted that some parts of the budget statement are inhumane, inefficient and cannot be accepted, especially those aspects that has to do with the introduction of new taxes.

As the discussions continue, the Parliamentarians from the side of the governing New Patriotic Party (NPP) have allegedly refused to show up to the floor to approve the budget statement and economic policies they themselves have drawn up. The Speaker was subsequently forced to adjourn proceedings for some thirty minutes to allow for time for the Majority to appear before Parliament.

According to the latest report, the NPP Caucus boycotted the Parliament because of the presence of the General Secretary of the opposition National Democratic Congress (NDC), Johnson Asiedu Nketia. 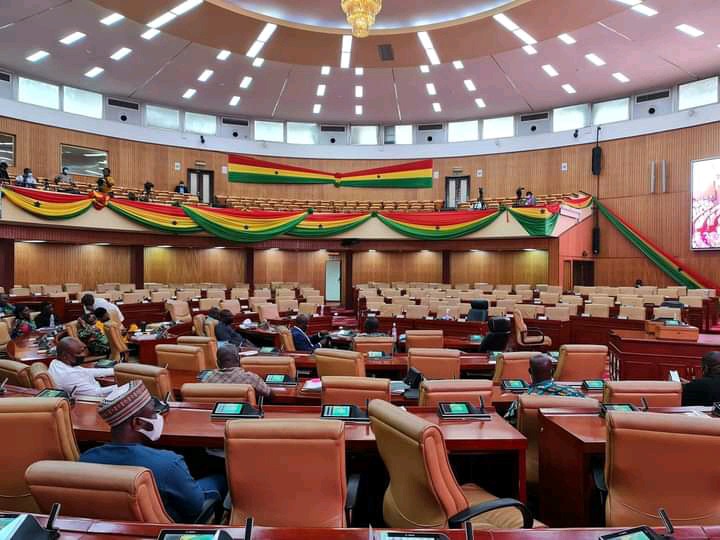 Meanwhile, the Volta Region Caucus have stated emphatically that they stand against the budget that has allocated no funds for the completion of the Keta Sea defense project. They said that is insensitive for the Finance Ministry to abandon such huge project from the national budget statement and economic policy.

They promised to allocate funds for the completion of the Keta Sea Defense Project after we held an engagement with the Ministry of Finance but we are amazed that nothing was captured in the 2022 Bridget. The Finance Minister even assured me that the necessary funds would be allotted to that particular project in Keta but now it is like a mirage," they said.

Speaking on the floor of Parliament on behalf of the Volta Caucus, Ranking Member on the Works and Housing Committee in Parliament, Hon. Emmanuel Kwasi Bedzrah has said that it is obvious that the pleas have fell on death ears and so his side (the 17 MPs from the Volta Region) will reject the 2022 Budget Statement.