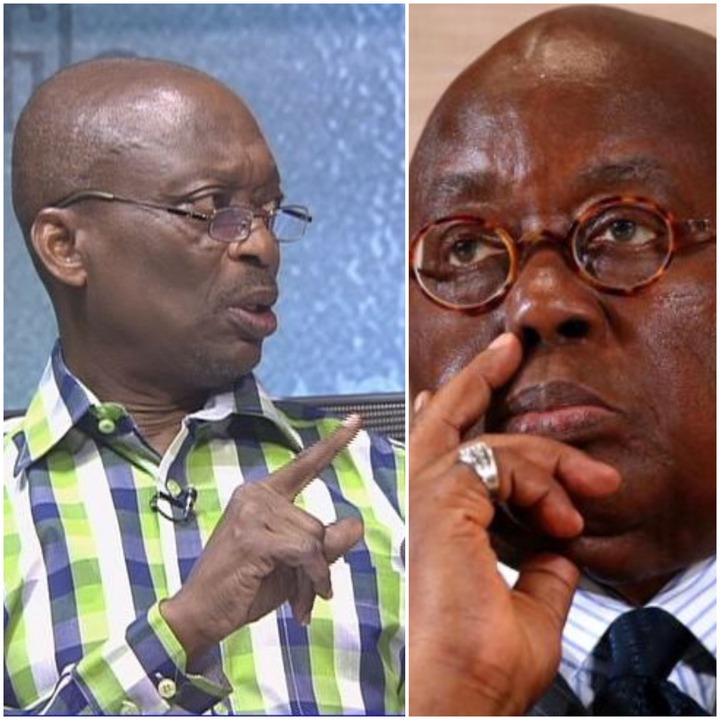 President Akufo-Addo yesterday created so much controversy when at Eagle FM in Cape Coast he announced that he never promised Cape Coast a new harbor but rather a landing site. Indeed, this got many confused because it was clear from the NPP 2020 manifesto that a promise of harbor was made. In addressing NPP representatives in Cape Coast in August 2020 Dr. Bawumia mentioned that the people of Cape Coast should be happy because they will soon get a new harbor and airport.

On Good Morning Ghana today, Tuesday, October 19, 2021, Randy Abbey and his guests of Collins Adomako and Rockson Dafeamekpor discussed certain trending issues. One issue that came up was the president’s declaration of never promising a harbor. Collins admitted that he feels this must have been misinformation and that the president was misinformed because the NPP manifesto promised a harbor. As the conversation continued, Abdul Malik Kweku Baako sent in a message which Randy read.

Dafeamekpor on his part mentioned that the NDC had renovated the fishing harbor at Elmina and accused the NPP of abandoning it as well as neglect of the Komenda Sugar factory. He explained that this hurt the NPP so they came up with the move to balance the books by promising a harbor in 2020, something which is yet to see reality.

Was the president misinformed or did Bawumia intend to sat a landing site and rather mentioned a harbor? How come harbor is what is mentioned in the manifesto?