Lavished his country's money on mansions and cars. Today his properties are rotting in the jungle. One of the major setbacks that has hindered the development of Africa is the regimes of despots and wicked leaders. One of these despots this article will be speaking about today is the former president of Democratic Republic of Congo, Mobutu Sese Seko Kuku Ngbendu Wa Za Banga. He goes into the history books as one of the kleptocratic and inimical presidents to rule in Africa. Born in Lisala, Belgian Congo, as Joseph-Desire Mobutu, he grew up as an intelligent child and was taught how to read and write French fluently by the wife of a Belgian Judge as a young boy when he lost his father, and at school he excelled in academics and sports.

He later enrolled in the army but after drawing inspirations from the writings of personalities like Italian philosopher, Niccolo Machiavelli, former France president, Charles de Gaulle and Winston Churchill, he quit the army and became a journalist. After a while in journalism he started getting more involved in politics where he first held a position as an Army Chief of staff under the regime of President Joseph Kasa-Vubu in 1960.

Few months later he was promoted to a major-general, after successfully getting rid of Fabrice Lumumba, whom eventually became a threat to Mobutu and Kasa-Vubu. Four years later, he stagged a bloodless coup to topple Kasa-Vubu from power. He spent his first five years in power exterminating every threat to his regime through co-option and bribery and those he couldn't subdue were cruelly dealt with. In 1972, the ground was set for Mobutu's one man rule and for most of his time in power, he mushroomed his wealth through gross corruption and selling the countries rich resources while the country's infrastructure remained dilapidated with workers going many months without salaries.

As in 1984, his net worth stood US$5billion, an amount which was almost the same as the country's debt. Mobutu Sese Seko lavished his wealth on luxurious cars, a Palace which is popularly called the Gbadolite, which had an international airport, supermarket, cinema, five star Motel and hydroelectric dam. Mobutu Sese Seko was eventually overpowered in 1997, after Ugandan president, Yoweri Museveni and Rwanda president, Paul Kagame joined forces with Mobutu's eventual successor, Laurent-Desire Kabila and some locals to overthrow him, forcing him to exile in Morocco. He died four months afterwards and his multimillion Palace he built is gradually getting gulped by the jungle. catch a glimpse of how it looks now. 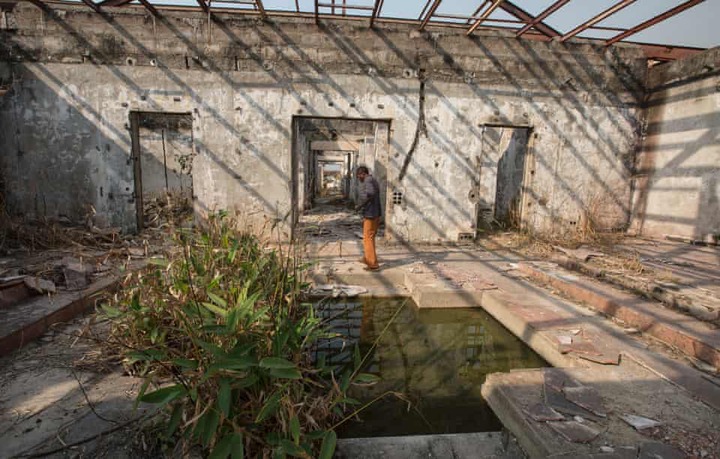 The current nature of Mobutu's bedroom 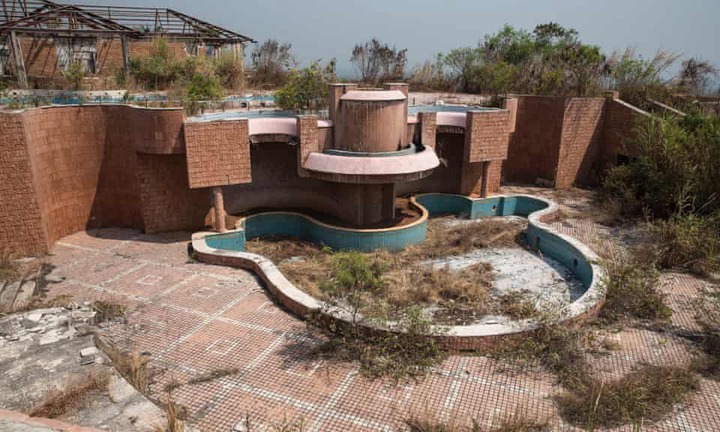 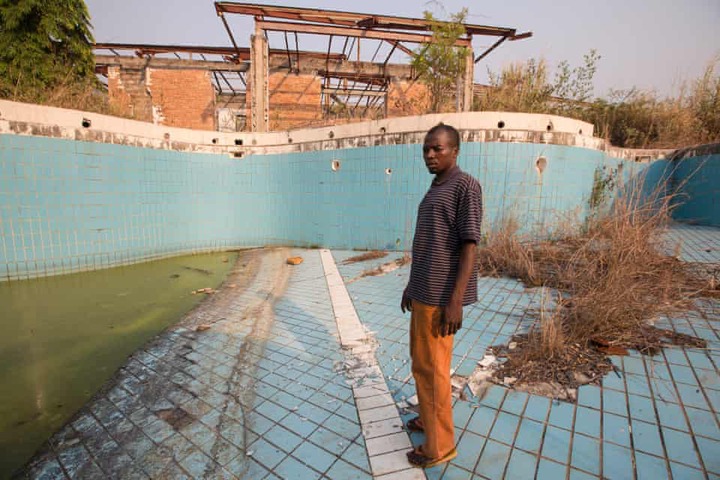 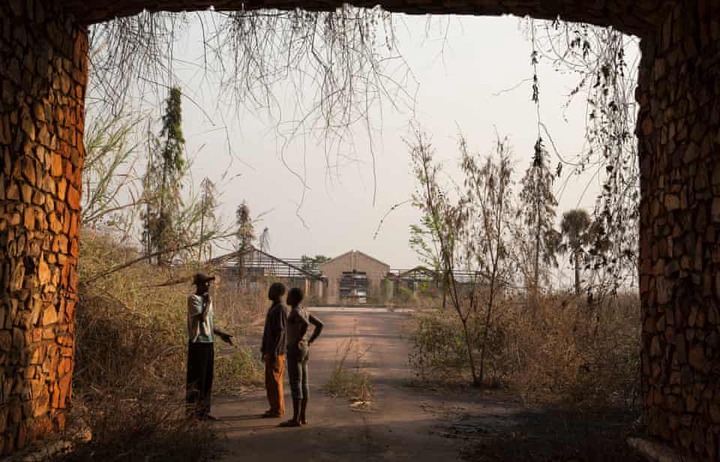 The main entrance to his Palace 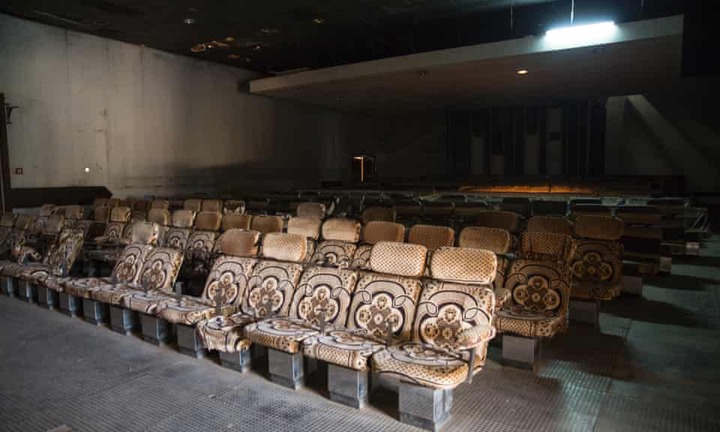 The seating in the Cinema of his motel