Hon. Kennedy Agyapong reappear in parliament after being away for weeks 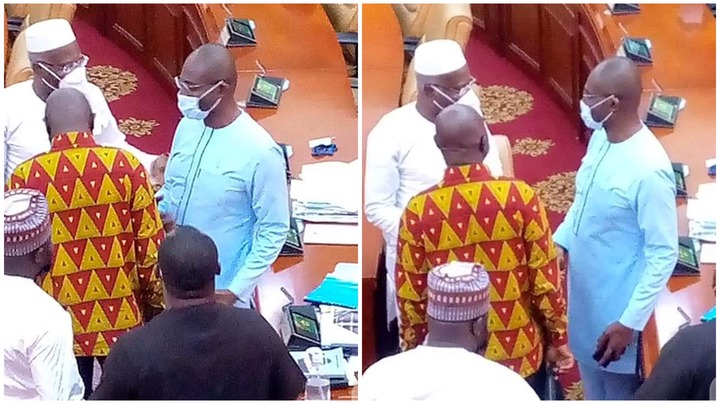 Ghanaian politician, Kennedy Ohene Agyapong, also Member of Parliament for Assin Central is back from US as he's been spotted in parliament.

In a video cited on Ghana Broadcasting Corporation Facebook page, Hon. Kennedy Agyapong is seen having conversation with some of his colleagues in parliament. 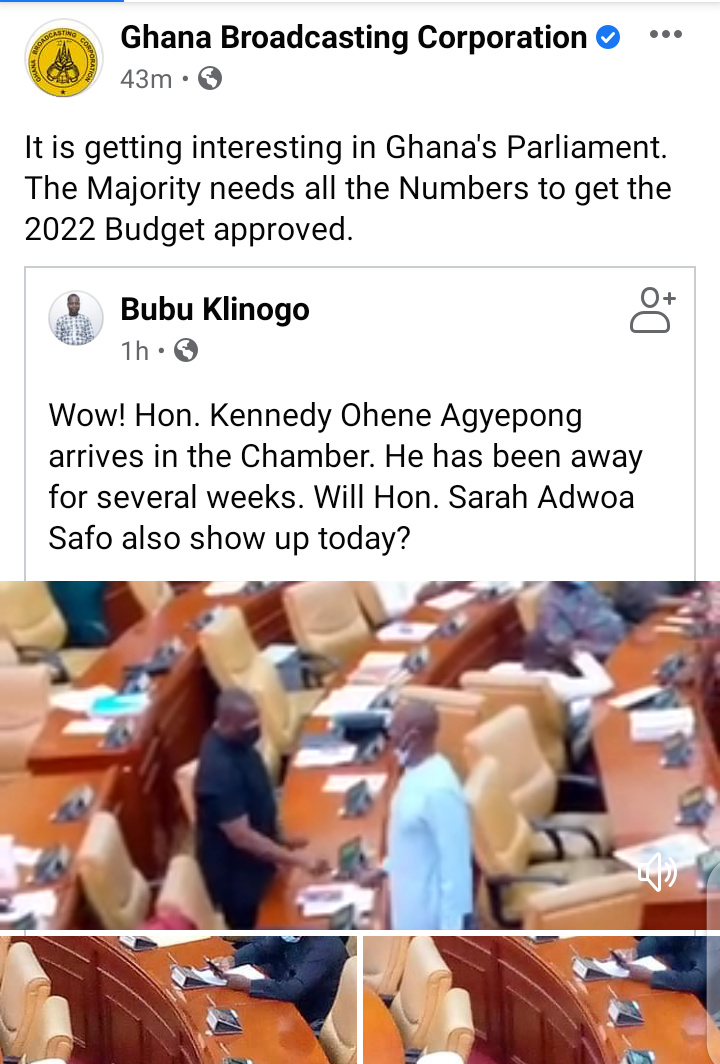 The Majority in parliament is said needs the numbers to get the 2022 budget approved. This is because the Minority in parliament have threatened to vote against the budget over the E-levy which is aimed at taxing Mobile Money transfers.

Parliament today, 26th November 2021 is debating on the 2022 budget statement.

The Assin Central Member of Parliament, Hon Kennedy Agyapong who has been out of the country for weeks but now in Ghana was alleged been sick and receiving treatment in US.