By NewsAfrica (self media writer) | 10 days ago 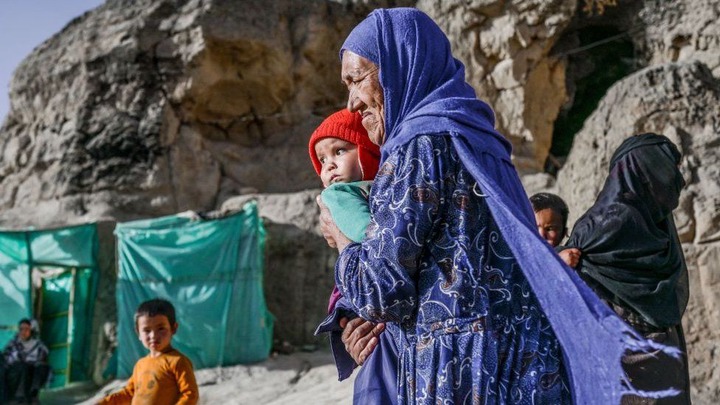 She said there was nothing to be gained from the country's economic collapse.

Mrs. Merkel was speaking as G20 leaders met for a virtual summit to discuss an aid package to help the Afghan people.

Leaders including US President Joe Biden have stressed that aid should be provided via independent international organisations and not directly to the Taliban, who took power in August.

Pledges of aid have already been made, with European Commission President Ursula von der Leyen promising €1bn ($1.15bn; £850m) to Afghanistan and to neighbouring countries taking in refugees.

Mrs Merkel, who did not stand for re-election last month and will step down as chancellor once a new government is formed, reaffirmed Germany's pledge of €600m.

"None of us has anything to gain if the entire monetary system in Afghanistan collapses or the financial system collapses," she told reporters.

"Then humanitarian aid can no longer be provided. Of course it's never easy to draw the line, so to speak, but to look on as 40 million people descend into chaos because there's no electricity supply or financial system - that cannot and must not be the goal of the international community."

The chancellor said the Taliban must grant access to all UN bodies delivering aid, and stressed the need for the rights and girls and women to be respected.

He said G20 countries had to have contact with the Taliban but that did not mean recognition of the Islamist group's government.

Saudi Arabia is the only G20 country which has so far recognized it.

The leaders also discussed ways to prevent Afghanistan becoming a haven for militants such as al-Qaeda and the Islamic State group, and the need to provide safe passage for foreign nationals and Afghans hoping to leave Afghanistan.

Fighting off hunger under the Taliban

The summit comes a day after US and Afghan officials met in Qatar to discuss aid, terrorism concerns and evacuation of US citizens.

These were the first direct talks between the two sides since US troops left Afghanistan in August.

UN Secretary-General António Guterres warned at a donor conference last month in Geneva that the poverty rate was soaring and public services were close to collapse.

Some 40% of the country's GDP - national output - comes from aid, according to the World Bank.

The US froze $10bn (£7.3bn) of the country's central bank assets after the Taliban captured Kabul on 15 August.

For the poor in Kabul, the priority is staving off starvation, the BBC's Jeremy Bowen recently reported from the Afghan capital.