I give up on fighting corruption As Amidu tells us his office was compromised in the PPA matter.

By adizaawudu (self media writer) | 1 year ago

The more you look deeply into the affairs of governance in Ghana, the more you become skeptical about the fight against corruption. President Kufuor is famously quoted to have said, corruption started from the days of Adam and I tell you, it will surely be with till the apocalypse.

I write this to state that, my skepticism about our ability to minimise corruption in our body politic has hit all-time high. Each day, you only hear depressing news of official thievery and corruption in the mist of all the so-called efforts to curd this ungodly act.

More so, when anti-corruption institutions within themselves become compromise, where should we then look for help?

The office of the special prosecutor (OSP) released an update on its investigation in the “contract for sale” matter today. In the updates report, the OSP led by the indefatigable Martin Amidu alleged that, the initial report has been heavily compromised through seconded investigators handling the matter.

Readers would recall that, a report was issued on the same investigation by Commission for Human rights and Administrative Justice (CHRAJ). In the CHRAJ reports, it had quoted GHS 14.8 million as the total sum of monies in Mr. Adjei’s four Dollar and Euro accounts held at two banks.

While revealing this in his report, Martin Amidu said, his investigation delayed due to some attempted cover by his own investigators.

“The resolution of the Adjenim Boateng Adjei case was taking too long to investigate because my seconded staff investigators appeared compromised”. Amidu said.

For a serious anti-graft office like the OSP to be having reports delayed due to the above reason is worrying. Corruption seems to have eaten too deep into our moral fibre and one could only feel skeptical about us beating corruption down. 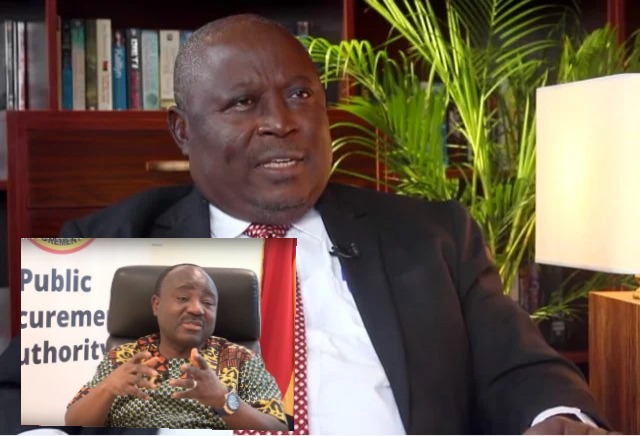