Galamsey Fight: "I Do Not Agree With The President On That" - Kweku Baako Discloses The government has made it as part of its aims for the second term in adminstration to revive the fight it started against illegal mining otherwise known as "galamsey". This brought about the deployment of military personnel to support the course. The military taskforce were tasked with protecting the country's natural resources and also tasked with destroying all illegal mining equipment which were seized during the Operation Halt programme.

Many agree with the stand taken by government to burn the illegal mining equipment which were seized and believe that that is the way to go. Others have also expressed their disagreement with government's . They believe an illegality cannot be fought with an illegality while others also said these equipments could be use for the benefit of the country.

Those who disagree with the government have made several calls on the government to do what is lawful. One of the personalities who have always been expressing their opposing views about this issue is the Editor-in-Chief of New Crusading Guide, Mr. Abdul Malik Kweku Baako.

Mr. Baako believes that there are other ways the government could handle the issue and besides this action of government is unlawful. 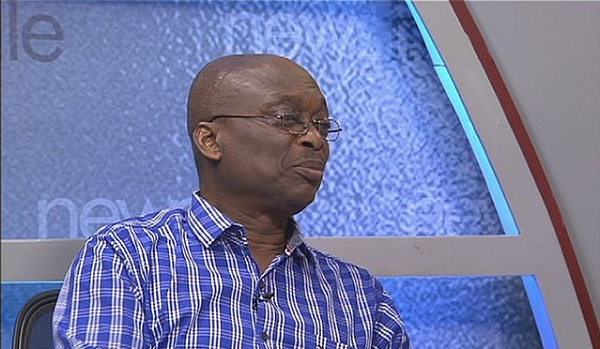 Speaking on JoyNews' NewsFile programme, the editor-in-chief renewed his calls he has been making on the government to take a second look at the procedure on how it is dealing with the issue of illegal mining. He said he disagree with the president views on the burning of illegal mining equipment. He added that there is no law which states that such an action could be taken against anyone. Hence, the actions of military taskforce in burning the illegal mining equipment found at mining sites was wrong and unlawful. He added that the burning of these equipment in efforts to deter others would rather end up burning equipment of firms which has the license to operate and this would bring up another issue. Mr. Kweku Baako's statement comes after the President of Ghana, at a sod cutting ceremony, justified the government's stand in burning of illegal mining equipment found at mining sites. At the ceremony, the president made it clear that anyone whose illegal mining equipment were destroyed and feels they were dealt with unlawfully should seek legal redress at the law courts.

Do you agree with the government's stand to burn illegal mining equipment? Are there other ways this issue can be solved? Do you think the government would win the fight against galamsey?

Kindly leave your comments below. Thanks for reading the article