By Upperwestmedia.net (self media writer) | 4 months ago 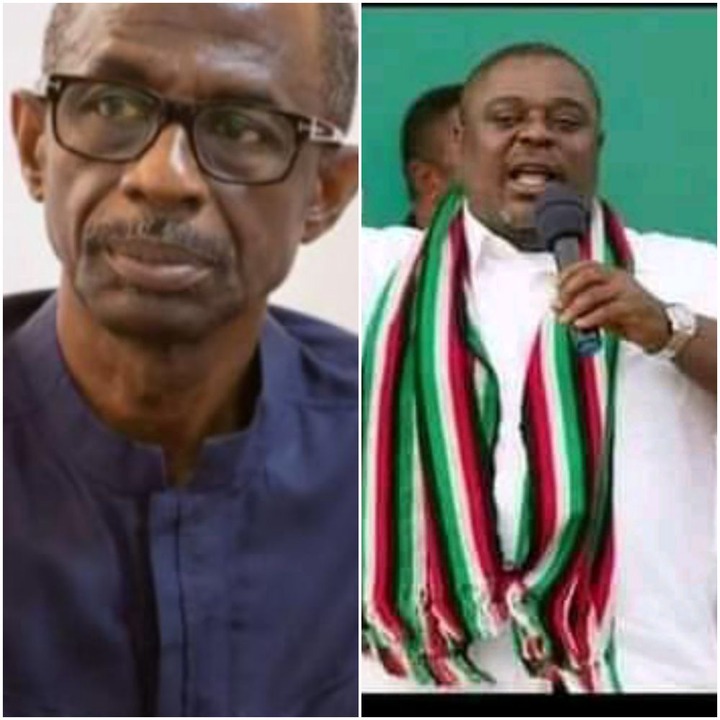 In a letter dated 27th July 2021, he was expelled by his Former Boss Johnson Asiedu Nketia, the Current General Secretary for the Party.

Meanwhile Koku Anyidoho has been Accused of Paying only Ghc48 cedis as Dues to the party from 2017 to 2020. 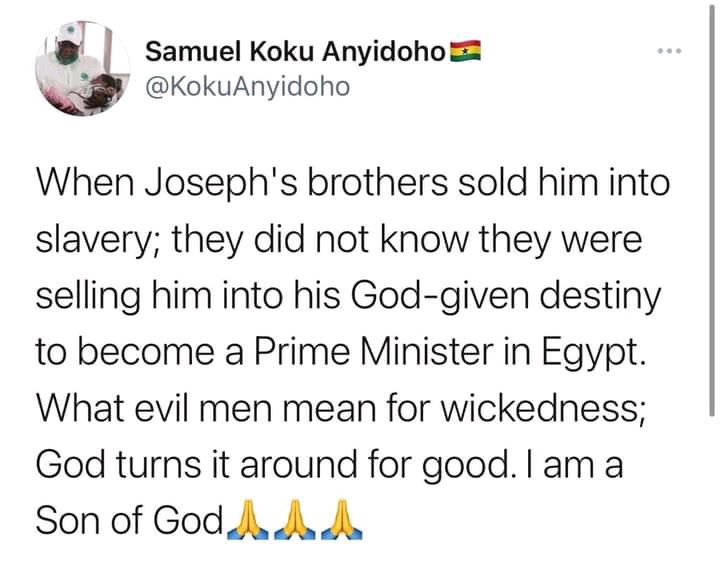 "EXPULSION FROM THE PARTY FOR INDISCIPLINE

At its meeting on Tuesday, 27t July, 2021 the Functional Executive Committee (FEC)

of the National Democratic Congress (NDC) considered the report and recommendations of the National Disciplinary Committee on the case of misconduct and anti-party behavior brought against you (Mr. Samuel Koku Ayindoho), pursuant to article 48 (1) (9) (a) of the NDC Constitution.

the NDC Constitution unanimously adopted the report and accepts full responsibility for your expulsion from the Party.

You are, therefore, by the decision of FEC expelled from the National Democratic

Congress and for that matter, you are no more recognized as a member the Party and cannot carry yourself as such.

You are by this letter and pursuant to article 48 (10) of the Party's Constitution directed to return any party property that may be in your custody and you shall also forfeit any moneys, dues or subscription fees that you may have made to the Party." 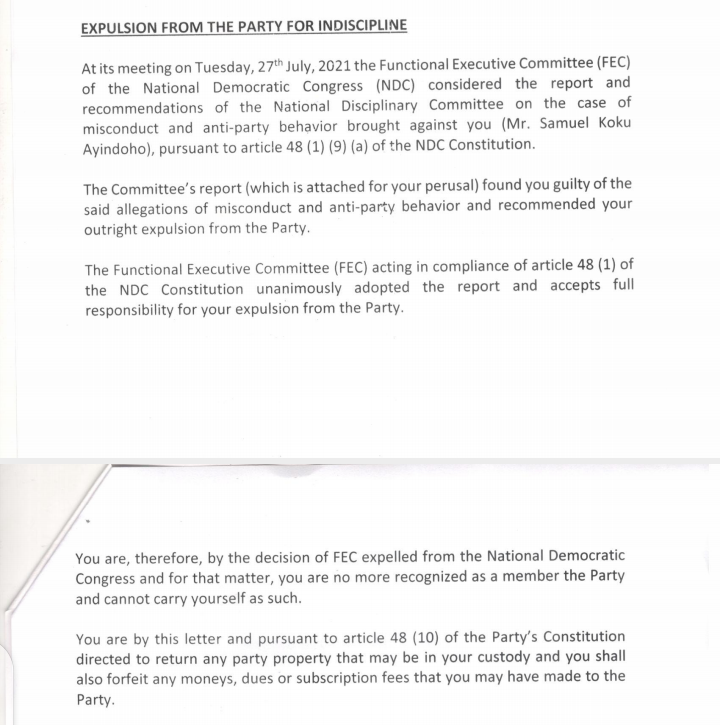