By Tagnews Gh (self media writer) | 3 months ago 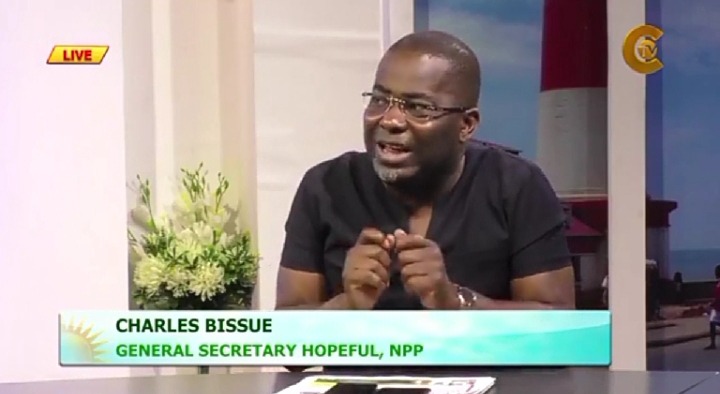 Former Secretary to the Inter-Ministerial Committee on Illegal Mining (IMCIM), Charles Bissue, has revealed that he was set up to be caught on tape taking a purported bribe to facilitate the issuance of a mining license.

Mr. Bissue said the corruption perception was fabricated by persons close to him who were introduced to him by Professor Boateng.

Speaking to Nana Otu Darko on the Dwabre Mu Show on C TV on Tuesday, May 17, 2022, he said he knew the person (Francis) who set him up and he was already suspicious of him because he was trying to show him some mining sites, but later sacked him before the exposé.

In 2019, Mr. Bissue voluntarily resigned as the Secretary of IMCIM after he was allegedly caught on tape collecting a bribe to facilitate the issuance of a mining license in Anas Aremeyaw Anas’ exposé on illegal mining.

Mr. Bissue admitted though he was seen on tape taking money, the money he received was not a bribe, but money meant for legitimate purposes.

Content created and supplied by: Tagnews Gh (via Opera News )

Is Ghana Really A Poor Country? Have A Look At How People Are Making Money In Ghana

We Are Hungry; NABCO Beneficiaries Cry On Government To Pay Them Their Allowances(Video)