By KwansimaArthur (self meida writer) | 10 days

The Accra West Regional Overseer of the Resurrection Power and Living Bread Ministries International Osofo Yaw Owusu-Ansah, has joined the many Ghanaians speaking against attacks by National Security operatives against citizens.

The man of God is disgusted following the unlawful detention of a Ghanaian businessman he claims was handcuff publicly “like an armed robber” and kept away for a week.

According to Bishop Owusu-Ansah, but for the fact that the arrest of the unnamed businessman, attracted several phone calls and pressure on powers that be, he would not have been freed.

Bishop Owus- Ansah who sounded livid while narrating the ordeal of the businessman on Adom FM dawn religious show “Adom Ahengua” programme hosted by Osofo Ofori Atta and Osofo Adjei on Friday May 21, 2021, said it was regrettable that Ghanaians have become strangers in their own country.

The disclosure by the preacher man, comes in the wake of attacks the by operatives against Citi FM journalist, Caleb Kudah, the Ashanti Regional Security Coordinator DCOP Kweku Ayensu Opare Addo and the raid at a Casino at Asankragua in the Western Region.

He alleged genuine Ghanaians who are paying taxes, working to develop the country are being hounded and destroyed while foreigners who pay bribe are left to do their businesses to repatriate their profits to their home countries.

“What do you gain in doing this? We are now strangers in our own country, victimizing their own while foreigners businesses are flourishing and their profits exported. You allow foreigners to do their work in a conducive environment because they pay bribe.

It is unclear the crime of the said unnamed businessman but he is reported to be doing well and employing over a thousand of Ghanaians and that any attempt to destroy him unlawfully, will deprive many their daily bread.

He Recalled, similar actions that were perpetuated by past governments that cost the country saying “what they did to Apino and the others, is not different from what you are doing today”.

The head of Religious Broadcast at Multimedia Group described what is happening as shameful to both the country and the government and asked that people involved in these kinds of activities to desist from it. 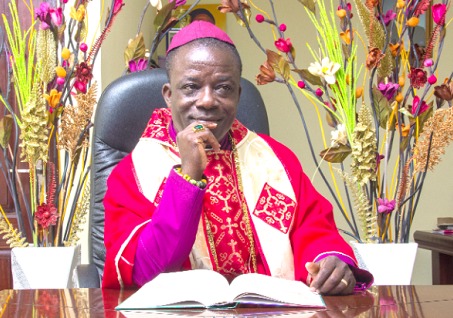 Bishop Owusu-Ansah implored the powers that be to think deeply when making such decision as they are mostly counterproductive.