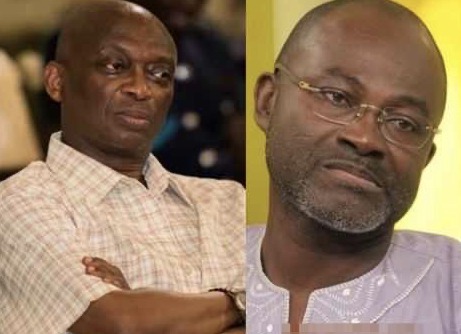 Speaking on the most anticipated “Kokrokoo” show on Peace Fm with host, Kwame Sefa Kayi, Kweku Baako was given the privilege to share his immense concerns and opinions on Kennedy Agyapong’s recent accusations and attacks on the media and other journalists across the country.

Whilst addressing the issue, Kweku Baako made it clear that he had made a judgment call on Kennedy Agyapong and always ready to face the prominent politician in court when the need arises.

According to him, Kennedy Agyapong hasn’t been fair to most politicians and media personnels in Ghana and so therefore, whenever the Member of Parliament for Assin Central issues any scandalous accusations against him, he will take him to court whilst adding that, that’s where the cure will be effective.

”I can assure you that integrity will triumph at the court of appeal, when it gets to the court of law, it’s evidence; that’s the name of the game. If you don’t have evidence that someone is corrupt or a criminal, never ever say it unless the person ignores you and allows you to move on. But I’ve made a judgement call on this man, anytime anywhere he issues scandalous accusations against me, I’ll take him where I know the cure is effective, I rest my case”, Kweku Baako emphatically stated.

Do you think Kennedy Agyapong has been making ‘false’ accusations against politicians and other media personnels in Ghana as claimed by Kweku Baako?

Do you think it’s right for Kweku Baako to take Kennedy Agyapong to court in case the politician makes any ‘scandalous’ accusations against him?