Truth Be Told: Farida Mahama Is ‘Disgracing’ Her Father – Have A Look At This Picture 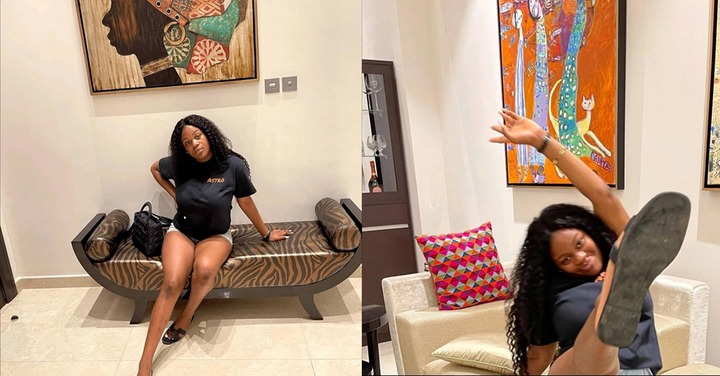 The daughter of former President John Dramani Mahama is gradually becoming one of the controversial personalities in the country. Her social media walls are mostly updated with messages shared by her father in particular. There are, however, a few times she has shared images and her opinions but there are question marks whenever she posts.

She has received public backlash from personalities like the Ashanti Region Chairman of the New Patriotic Party Mr. Bernard Antwi Boasiako who warned Mr. John Dramani Mahama to control the social media posts of her daughter before the worse happens. Chairman Wuntumi was not spared by some supporters of the NDC. Just recently, a presidential staffer also made a similar comment about Farida Mahama and he received his share of the attacks across all boards. 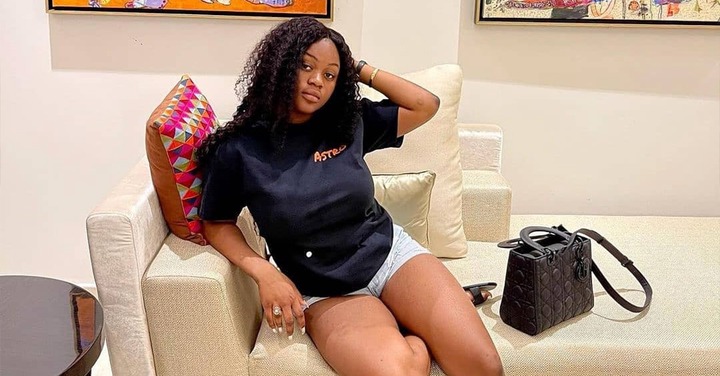 But I think Farida Mahama is getting matters worse with a recent image she posted on her official Facebook page. In the picture, Farida is seen sitting on a couch with short jeans and a red shirt with parts of her thighs showing. The picture has since received a lot of comments where a cross-section of her followers believe she is bringing disgrace to her father who holds an honorable title.

Others have called her to pull down the picture because she almost looks like a slay queen. Even though others are praising her beauty without attaching any ill intent to the image, the public sentiments must be taken seriously. I think it is about time Mr. John Dramani Mahama and Mrs. Lordina Mahama hire a social media handler for their daughter Farida Mahama.

As young, as she is, Farida might be ignorant of some of the images she posts and it requires her parents to control affairs. Maybe Mr. John Dramani Mahama is too busy to be checking some of these posts by his daughter, his special assistants and other handlers can take up the tasks before matters get out of hand. 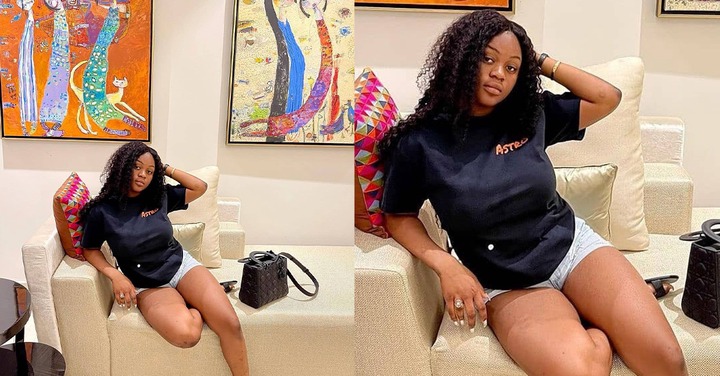 In my opinion, I think Farida Mahama at this stage and with the picture I have just seen is bringing a disgrace to his father who has served the high office of the Presidency and might be seeking to go for another term in 2024. The little girl is gradually creating room for attacks and insults on the integrity of the former President and the family that has since been recognized as very descent.

A spade must be called a spade. We should not continue to glorify certain things in the name of politics. What is wrong should not be shielded, else, it might get to a point no one can control what the young girl post on social media.