The NDC minority Chief Whip in parliament, Honourable Muntaka Mubarak, has started receiving some hard ‘lashes, from the US-based Ghanaian journalist Kelvin Taylor, who claims Muntaka, is betraying the NDC party in parliament. 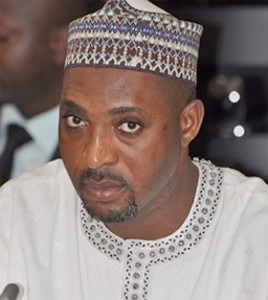 This latest ‘hit’ arising from Kelvin Taylor against the NDC’s Member of Parliament for Asawase Constituency (Mubarak Muntaka) is gradually pushing him into some ‘hot waters’ if the accusations against him turn up to be true.

Responding to the recent video by Kelvin Taylor; accusing the NDC Leaders in parliament (Haruna Iddrisu and Muntaka Mubarak) of taking advantage of their equal numbers in parliament; to negotiate behind the scene with the ruling government… Honourable Muntaka, on his part has released a statement to condemn the claims.

According to Muntaka, the allegations of him traveling with the ruling NPP Government to the United States, were all false claims. 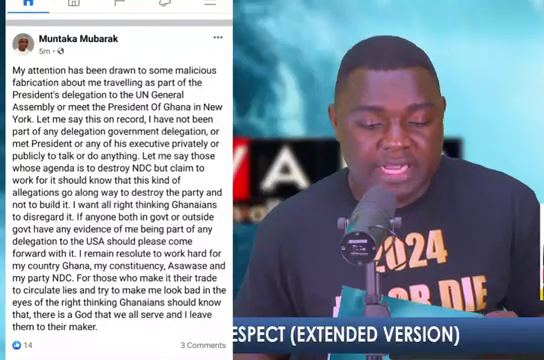 In his new video release, Kelvin Taylor, has ‘hit harder’ on Honourable Muntaka; and has vowed to expose all the corrupt NDC members of Parliament…. starting from the leadership; Muntaka Mubarak and Haruna Iddrisu.

In the video, Kelvin Taylor advised Muntaka Mubarak against using the Quran, and the name of Allah to cover ‘his corrupt deals’ with the NPP. He added that, in Muntaka’s statement, he only addressed one allegation (travelling with Nana Addo to the US), but failed to address all other allegations against him; which according to Taylor means, Muntaka is running away from the other allegations.

According to Kelvin, Muntaka Mubarak must resign immediately, before he (Kelvin Taylor) exposes his “corrupt acts” with the NPP government. Kelvin added that, he is ready to provide all prove to back his allegations against Muntaka and Haruna. 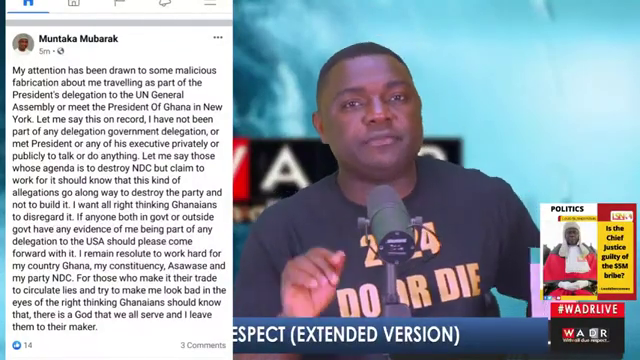 Kelvin Taylor, who is also the CEO of the Loud Silence Media, again stated that, if Muntaka Mubarak and Haruna Iddrisu were not bowing to the NPP government, they would not have approved all the Nana Addo’s appointees; and that if they continue in office as leaders of the NDC caucus in parliament, he would expose them all very soon.

Do you believe Honourable Mohammed Mubarak Muntaka and Honourable Haruna Iddrisu have been bought by the NPP government?