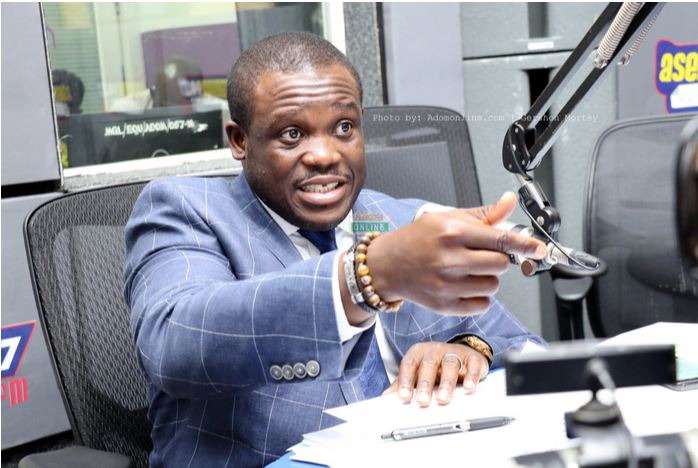 Sam George has spoken against the lgbtq and has faced some serious issues in this country and beyond. Many other international bodies have involved themselves in this issue.

The reason why Sam George is doing this has been made clear to all Ghanaians and other people around the globe.

Sam George refuses to accept the fact that a man and a man as well as a woman and a woman should have a relationship that is intimate.

The western lands have not agreed to this and have been having some sort of banter with the Ningo prampram member of parliament for sometime mostly on social media.

Social media has been used as one of the tools by Sam George to demand a change and a resistance against this practice by all means possible. 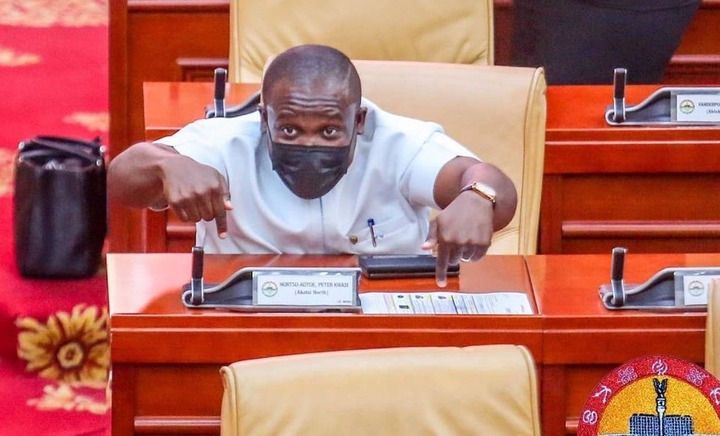 When the Ningo prampram member of parliament speaks, he is mostly concerned about the inculcation of this culture into the lives of Ghanaians from the western world and how this is not right.

Every country should be free to stick to its norms and regulations as well. And when the need arises for a change or a slight bend, let them feel free to do so.

But from Sam George, the country and it’s citizens are highly intolerant against this practice and so should not be accepted. 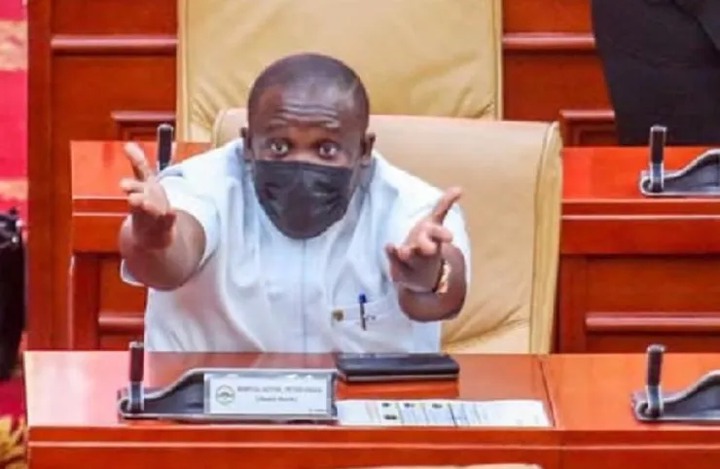 An European ambassador to Ghana who attacked Sam George on the internet, Twitter after Sam George was denied Dutch visa refused to come to some sort of understanding or agreement with Sam George.

He also went ahead to state that this is happening because Sam George refused to talk about issues behind closed doors and decided to make it public on social media. 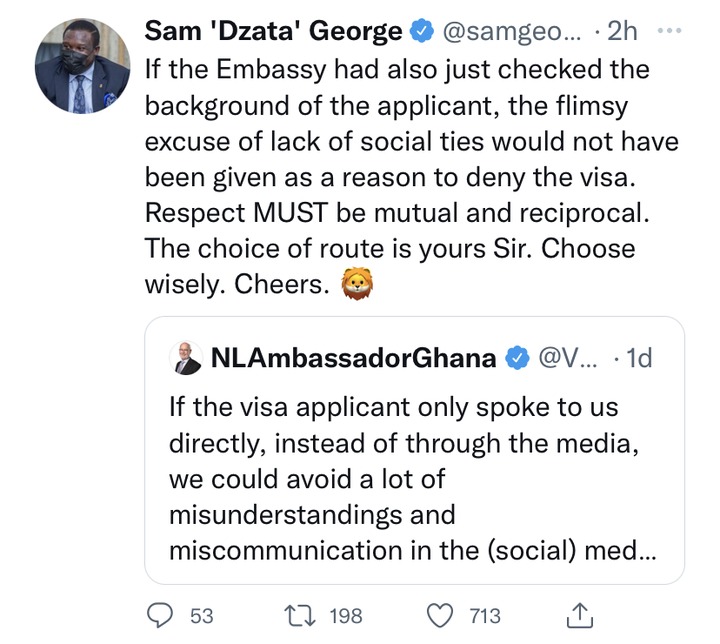 Sam George who did not like the tweet from the ambassador responded in a way that was not far different from the ones he has given several other people who attacked him for what he believes in.