The President Has Not Fulfilled His Promise to God to Talk Less of Mortals: NDC's Ayariga Recount

By Wysopera (self media writer) | 9 months ago

The ruling New Patriotic Party has made some promises to Ghanaians as they stand to be elected into power from 2016. Most of the promises made by the president and his running mate are not promises that could be achieved in a day or two. However, Ghanaians are looking forward to the fulfilment of such promises since it was a pledge to Ghanaians. Osman Ayariga, a member of the National Democratic Congress who is part of the National Communication Team doubts that the president could achieve his promises, during his tenure of office. He claimed that the president does promises projects and cuts sod but has no show. Below is an image of Osman Ayariga Before we tackle the issue of whether the president could achieve his promises or not, let us take a look at some of the promises made by the New Patriotic Party under the Akuffo Addo Led Government.

The Akuffo Addo Led Government has promised to establish a factory in every district in Ghana. This initiative was named the One District, One Factory Agenda. So far, some of the factories have been constructed, others revived and some under construction according to the website built to propagate the agenda. We cannot say that this project has been abandoned by the government, neither can we say it has been fulfilled, but we can conclude that the process is ongoing.

Below is an image of the launching of the One District One Factory Agenda at Ekumfi. 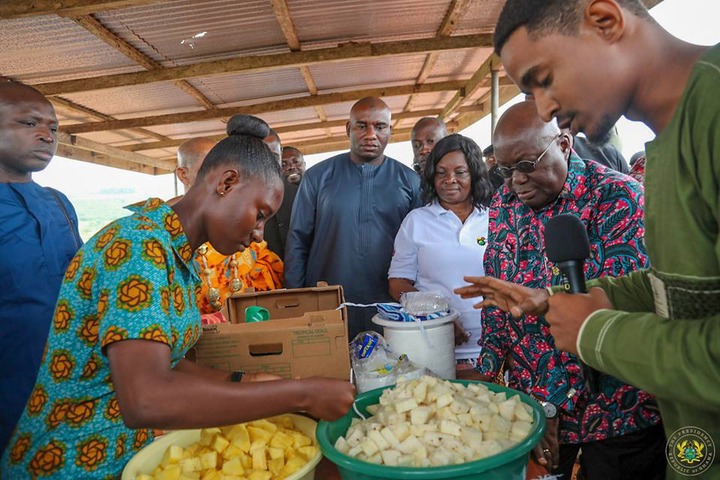 The Akuffo Addo Led Government has also promised Ghanaians that there would be a free education plan for Senior High School Students in the country. This would be done by abolishing the payment of school fees at the Senior High and Senior High Technical Schools. This promise came into fulfilment as the president and his team came into power.

The President has also promised to build a Cathedral for the worship of God. In a bid to fulfil this promise, the government has called on Ghanaians to support the project through donations. This has caused a lot of reactions as some Ghanaians reacted that the president was the one who made the promise to God and not them, therefore; they need not contribute.

Below is an image of the ceremony in which the president cuts sod for the commencement of the project. 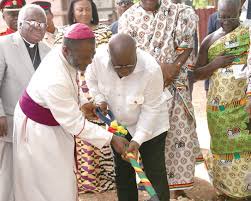 It was on a panel in which the issue of constructing hospitals in the selected districts under the Agenda 111 project that Osman Ayariga stated it categorically that the president only makes promises, but does not fulfill them. He argued that if the president fails in his promise to God to build a Cathedral for him, how much more mere mortals. He was speaking on Citi TV's Breakfast Daily Show as a panelist and was reported by Modern Ghana.

Also on the panel was the New Patriotic Party's representative in the person of George Ayisi. George Ayisi argues that the Agenda 111 project aimed at constructing the hospitals is very dear to the president, and the president would keep it under his watch to make it manifest.

Do you think that the president would be able to fulfill all his campaign promises to Ghanaians?