Amidu is now on the hot seat instead of Mahama

By Motif (self media writer) | 1 year ago

With the recent accusations that Mahama is the one referred to as government official 1 in the Airbus scandal, the member of parliament for South Dayi says the Special Prosecutor should prosecute former President John Mahama if he indeed has compelling evidence he is involved in the said Airbus scandal. 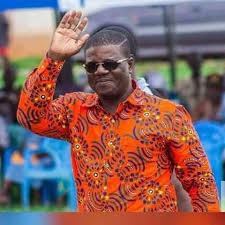 Mr. Rockson-Nelson Dafeamekpor said Martin Amidu is just patronising Ghanaians with his excuses on why the NDC's presidential candidate is yet to be interrogated on the Airbus scandal as he claimed he was guilty in his report.

He stated that special prosecutor Amidu saying he is postponing investigations into the matter because of the 2020 election gives Ghanaians the impression that highly placed people in society cannot face the law when they commit a crime he said speaking on the super morning show on Thursday. 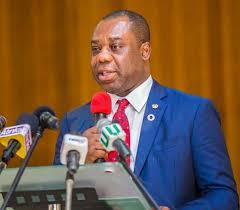 He continued to say that it is why the general public find it difficult to trust politicians. it is not right. He should stop patronising the whole country. If he thinks the former president has committed an offense in the deal, he should investigate him thoroughly.

He emphasized that it is unacceptable for him to cite the upcoming December elections as a reason he will not investigate or prosecute Mr Mahama.

Mr. Defeamekpo is not the only one pressuring the special prosecutor to present evidence of guilt on Mahama to the general public.

Popular reactions on social media indicate that Amidu should present evidence to prosecute Mahama if he have any.

What do you think? Let us know in the comments section below.

Content created and supplied by: Motif (via Opera News )