By Latestnewsupdate.gh (self media writer) | 17 days ago

The president nominee for Achiase District Chief Executive (DCE), Richmond Kofi Amponsah Agyabeng failed to secure two-thirds (2/3) votes on Monday, September 27 so he was given a second chance today, October 3 at the Achiase hall.

The assembly members were done with the election and the electoral commission officials didn't made the counting known to them as they wanted it open so as a matter of facts, a misunderstanding set up between the officials and assembly members.

After the misunderstanding, the Dwirase Anamase Electoral Area member, Daniel Yeboah got out from the hall to make a call and he was advised by a police personnel to move further away from the place but he declined. 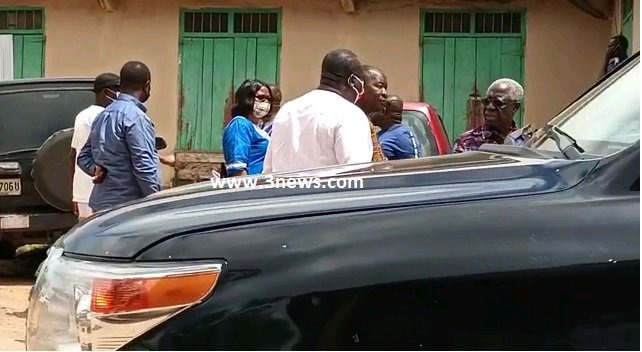 During the call, Daniel Yeboah was heard challenging accusations from NPP member that, he has taken some money to vote 'Yes'.

The police wanted to arrest him but he resisted and started bitting anyone who touches him.

As a result, the police held Daniel Yeboah by force and handcuffed one of his hand which led to blood oozing out from his mouth.

Daniel Yeboah was now taken to the Oda government hospital for treatment and due to his condition, he wasn't discharged at that moments.

Check the medical report below 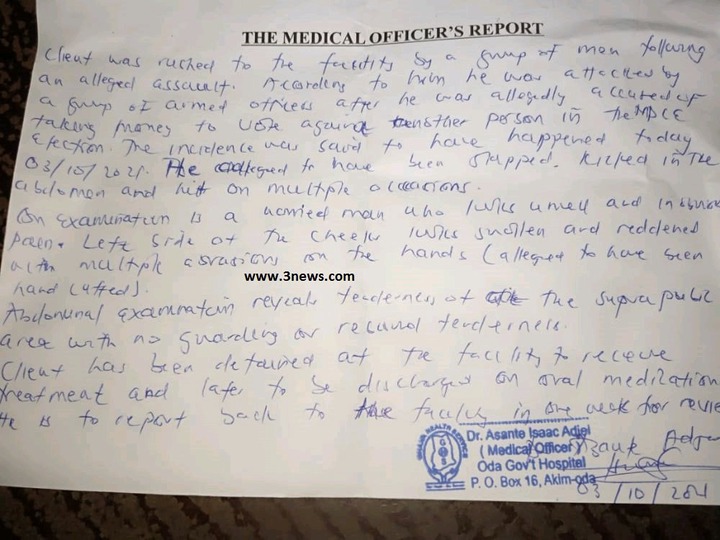 To Be Honest, I Have Not Fully Verified Yet - Kwesi Pratt Reacts To Cement Importation Allegation