DCE In Police Custody After Invading Okyeso Police Station, Assaults A Officer, And Frees A Suspect 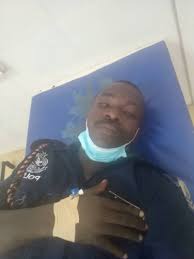 After the elections, the ruling government New Patrotic Party receives various shocks about to sharp reduction in the number of Parliamentary seats and the votes Nana Akufo-Addo obtained as compared to 2016, though NPP won the elections but still something wondering why many didn't going out to vote or voted against them.

This many are attributing to the negative attitude and behavior of some of Nana Akufo-Addo's appointees. 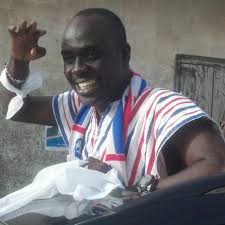 On the December 2, 2020 a District Chief Executive (DCE) who serves as the Chairman of the District Security Council, storms Okyeso Police Station at Ajumako-Enyan-Essiam District of the Central Region with a group of 8 persons and mercilessly assaulted an officer for discharging his duties, caused the arrest of guy the DCE claimed to be his boy.

According to the Central Regional Police PRO, DSP Irene Oppong, on the December 2, a woman identified as Adwoa Sophia move the to Okyeso Police Station and lodged a complaints that, her granddaughter 18 years of age was mercilessly assaulted by a young guy identified as Cusmos.

A Police Officers identified as Lance Corporal Frank Mensah who was on duty followed the medical report, caused the arrest of the suspect.

Few minutes later, a call came through reaching the police station allegedly from Constituency Chairman categorically instructed the Police Officer to release and set him free the suspect, but the Officer responded that, he can't do that since there is an alleged case of assault against the Cusmos, and they have started interrogating him. 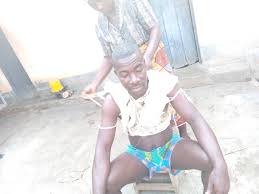 He was on record to have threatened the Officer that if he fails to complies with his orders, he will personally deal with him bitterly. The officer in return questioned who he is to threatened him? Being smart with the law, said nothing anymore all of a sudden the call was hanged out.

While they were at the police station, taking statement from the suspect, The DCE drove in with 8 built guys, invaded the premises insisting the Officer free the suspect.

His refusal to comply with them ended him 3 dirty slaps from the boss himself and instructed his guards to inflicts punches on him, while they free the suspect from custody at the police front counter drove along with him. 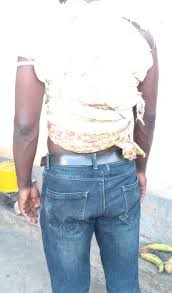 The officer was severely wounded to the extent that, his spinal cord was affected and was hospitalized for few days, thankfully he was discharged yesterday.

An official complaints was filled at Mankessim divisional headquarters, where various discussion took place, as the matter was reported to the Region Minister, where he rebuke the DCE for Nothing demonstrating good leadership I and has no business in driving to the police station and did what he involved himself in.

He therefore referred the matter back to the Police to let the law takes its course and instructed the DCE to submit himself to the police, as he also report to the necessary quarters.

In the late hours of yesterday, December 14 around 16:26GMT, the DCE was picked up to Central Regional Police Headquarters. Currently, as am on this website, the police Officer was last night transferred to a coded District, since the suspect is still the DCE of the area, if the officer continues to carry his duties in the District nobody knows what would happen tomorrow hence triggered the decision.

This portal has gathered that, the DCE, Mr Ransford Kwasi Nyarko also serve as a pastor, this has really shocked the residents, while they wage their tongue on his character, claiming as calm as he is, to have Involved himself into such a mers.

This morning, he has been granted a Police enquiry bill with further investigations. As part of the bill conditions, he has been instructed to provide the suspect he free along with the 8 persons.

I think he shouldn't stand a further day in office as the DCE of the area for his own good, he should immediately tender his resignation latter to the President for;

1. Assaulting a Police Officer in uniform,

2. Giving a command for people to assault and

3. Freeing a suspect from Police custody is of great consequences.