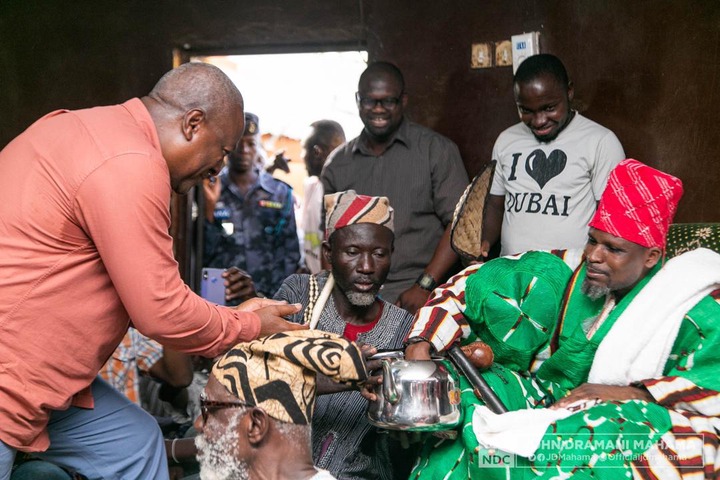 A former leading member of the National Democratic Congress (NDC) Stephen Atubiga has alleged that a vast majority of the northern caucus of the party’s leadership has cut ties with former President John Dramani Mahama. According to him about 99 percent of these personalities who were instrumental in John Mahama’s vice Presidential candidature in 2008 and subsequently for his Presidency in 2012, have developed some dislike for him.

Mr. Atubiga indicated that these people are harbouring pain in themselves for the neglect, disrespect and disloyalty John Mahama has been to them ever since he became President. He explained in a Facebook post that none of these personalities, whom he considered as kingmakers, is willing to forgive John Mahama for how he treated them whilst in office.

He added that what could reconcile the severed relationship is for John Mahama to seek forgiveness from these people in the party. However this plea by John Mahama, according to Mr. Atubiga should be sincere and devoid of any politics.

He emphasized that the dislike that these northern leaders have developed for John Mahama could limit his presidential ambition, as they hold the blueprints to political victory. Mr. Atubiga wondered if Mahama has taken recognisance of his actions and exploitation of these leaders, adding that “most of our northern stakeholders and those who stood by JDM to be president are either not on talking terms with him or don't want to hear anything about the JDM coming back.”

Mr. Stephen Atubiga stated emphatically that most of the northerners in the NDC who hitherto were in leadership positions have been rendered useless, abused and disrespected “because JDM failed to unite us and pulled us along.”

He noted that the northerners no longer see the NDC as a suitable party worthy of their support, especially when it comes to the Presidency.

“Today it will be very difficult for a northerner to support another to be president again, due to neglect and disrespect and gratefulness,” he reiterated.