“I Did Not Vote For Him” – Rockson Dafeamekor Boldly Declares

By Still_Unbeatable (self meida writer) | 17 days 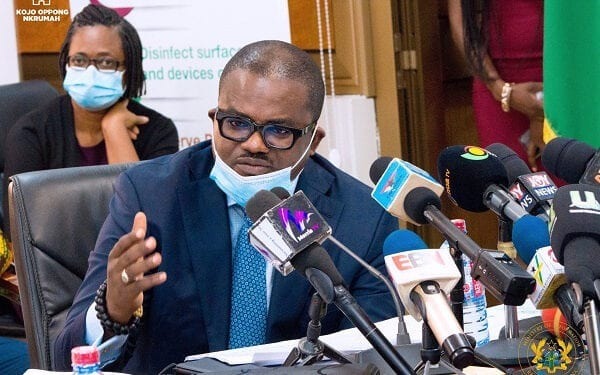 The vetting of Deputy Minister designates began yesterday. Already minsters have been vetted, approved and commissioned. The deputy minister designate for finance, Charles Adu Boahen took the floor to answer questions from the vetting committee. One of the intriguing questions dealt with conflicts of interest.

It was revealed that a company that was owned by Adu Boahen had been contracted to do some work. According to Adu Boahen, he had resigned from the company when the company was contracted to do the brokerage and that this was no conflict of interest. Dafeamekor this morning appeared on ‘GHToday’ told Serwaa Amihere that he was surprised that Adu Boahen told the vetting committee that.

He called for the press to probe further and find the truth. According to Rockson Dafeamekor, MP for South Dayi, this was the same thing that Ken Ofori Atta did in 2017 when he was being vetted. He noted that this was the caliber of conflict of interest ministers. Serwaa Amihere then questioned why Parliament then approved Ofori Atta and others who were accused of conflict of interest. She noted that same will happen to Adu Boahen.

“I am bound by the majority decision in Parliament. I did not vote for him. Parliament can hardly reject any nominee of government. Once the nominee is qualified, Parliament has no basis rejecting the nominee. However, there are issue and this should cause the appointee to replace the nominee. As we speak the NDC have 137 members and the NPP have 137 with the second deputy speaker working with them. On any day they will beat us. I wasn’t part of the group that voted for Ofori Atta” the law maker said