The host of Good Evening Ghana, Paul Adom Otchere was very fiery when he took on the General Secretary of the National Democratic Congress (NDC) Johnson Asiedu Nketsiah on a political critique of his performance in the party, most especially during the 2020 Election Dispute. According to Paul, the NDC General Secretary is among some politicians who take advantage of situations to project themselves to the masses.

He scored by referencing the performance of Mr. Asiedu Nketsiah over the past two elections, that such a politician derails the gains made overtime in their exploitation of situations for their selfish gains. Paul Adom Otchere likened Mr. Asiedu Nketsia to be that politician whom for their status often get excited about issues and seek to capitalize on them to prove their relevance to their followers.

Paul Adom Otchere indicated that such politicians fail to build upon what they inherit but derails the progress made by their predecessors.

"We should be very careful of them now, about the future...those who build nothing and they just derail everything and in the process. They project themselves and take advantage of things. The reason why Johnson Asiedu Nketsia went to the court as the star witness was because he thought he could take advantage of what happened in 2013 when Dr. Bawumia was the star witness and became the national hero. That's what he was looking for." 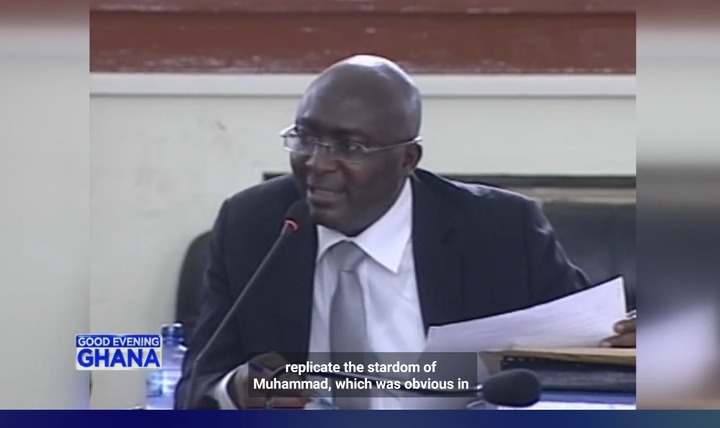 Without mincing words, the ace broadcast journalist assessed that the NDC General Secretary attempted to replicate the stardom of Vice President Dr. Bawumia when he presented himself as the star witness in the 2013 election petition. He reckoned that Mr. Asiedu Nketsia simply failed in his obligation when he mounted the witness box to defend the NDC flagbearer's [John Mahama] petition.

"He was looking at the earlier petition and hoping that he will be able to replicate the stardom of Dr. Bawumia, which was obvious in Ghana. After the election petition, the stardom of Alhaji Mahamudu Bawumia was very obvious in Ghana when he appeared in the witness box as the star witness of the then petitioners and presented a scholarly account and sophisticated analysis of the lection. Everyone in Ghana applauded Dr. Bawumia for that."