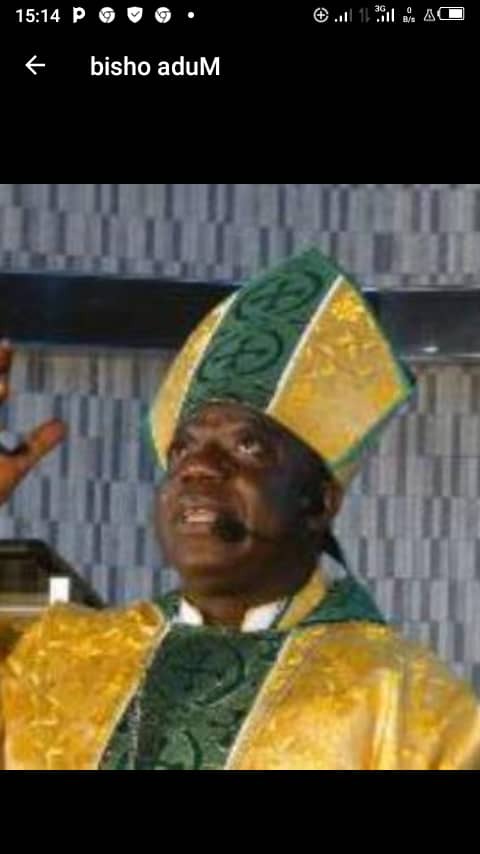 A Kumasi based renowned minister of God, Bishop Dr John Yaw Adu who doubles as the founder and leader of the New Jerusalem Chapel at the Kumasi Sokoban-Ampayoo in the Ashanti Region has allegedly linked the the economic crisis of the country to some Appointees of Nana Akuffo Addo who pay less attention to the development of the country.

The popular man of God particularly mentioned Ministers of State, parliamentarians in the ruling Npp government, top gurus in the Npp and among others some supporters of the party who have been entrusted into into high offices.

To help the President to see to the development of the economy.

Speaking to the Correspondent in an interview, Bishop Dr J .Y. Adu noted that Nana Akuffo Addo struggled for power with good intentions to transform the country.

But unfortunately he has been disappointed by his own people who allegedly think first about their own welfare and their family members.

Defending his allegations Bishop Adu contended that the administration of the Npp regime have qualified people who have qualities that they could use to help government to deliver.

Stressing that such intellectuals are allegedly in the government, receive monthly salaries among other allowances, they prefer keeping quite to share ideas with the government.

Their alleged public contributions towards economic matters also fail to favor government policies, thereby giving the opportunity to the opposition parties to have a field day to make government unpopular.

Bishop Dr Adu cited instance that took place at the Parliament house recently where number of Npp parliamentarians allegedly sided with the minority parliamentarians to remove the Minister of Finance from office.

Bishop Adu said in this case the president had to move in to cool down tempers.

Because the decision that was taken by the opposition to remove the Finance Minister was fully backed by the Npp MP's.

The clergy questioned that if the MPs in the government finds it prudent to support different ideas aside the president's policies, then what would one expect from the opposition and the fate of the country.

According to the man of God the Minister of Finance Hon Ken Ofori Ata is known to be one of the best financial Administrators in Africa who have made impact in the country.

Ghanaians allegedly fail to recognize the role that the Minister has been playing to revive the economy.

The clergy alleged that if all the Ministersbof state, Npp MPs, government Appointees and all stakeholders in the public sector would be able to play their roles as expected, the president will be free from accusations on the economic challenges.

Bishop Dr John Yaw Adu on this note passionately called on Ghanaians to put behind them party politics and face the reality in our quest to build an effective economy.

Want to know much about the economic crisis? Read the full accounts of Bishop Adu's 2020 prophecies in our incoming editions.