We will give them 8 years before they come to power again: Chief tells Mahama face to face

By HotNewsgh_official (self media writer) | 25 days ago 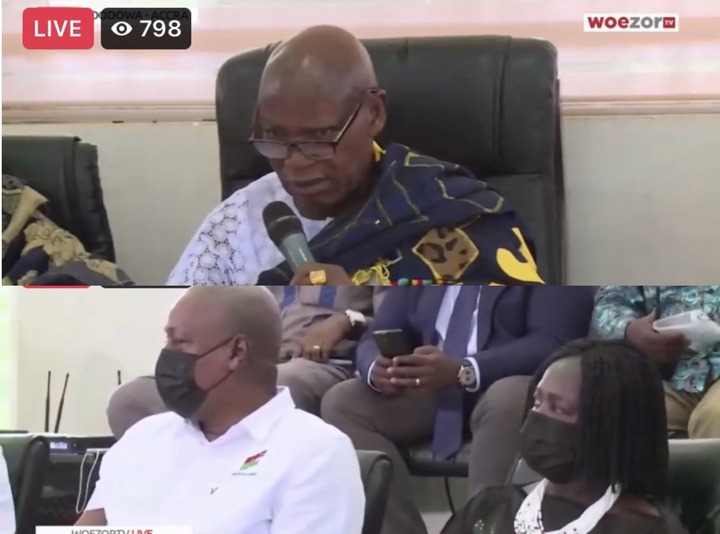 Chief sends message to the former president, his excellency John Dramani Mahama after his latest visit to the greater Accra.

Mahama toured almost every region in the country to appreciate them for the love and support they showered on him during his campaign for the position of the president.

Mahama did not win the elections. And even when he took the matter to the Supreme Court, these people backed him up and supported him to press on to victory. 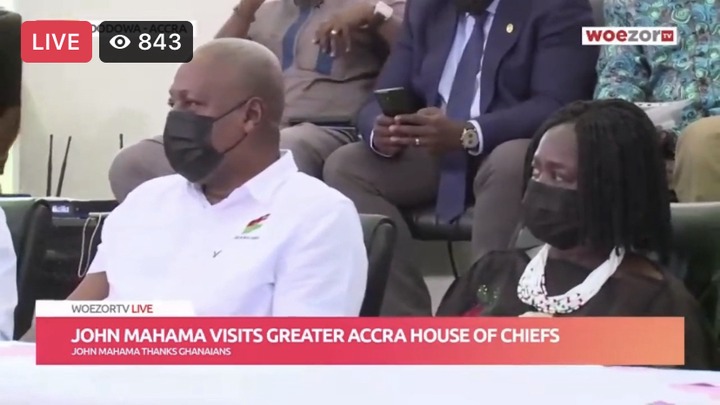 The greater Accra tour has ended and Mahama called on the Ga house of chiefs where he made some valid points and spoke about chiefs doing politics.

According to the Mantse who spoke very well during the occasion, he believes in every party’s vision for the country.

He revealed that if it were him alone, a bureaucratic form of leadership in the country should permit a period of 8 years each for one party to go and the other to come for 8 years.

However, he revealed that this will only go against democracy which is something we have fought for over the years. 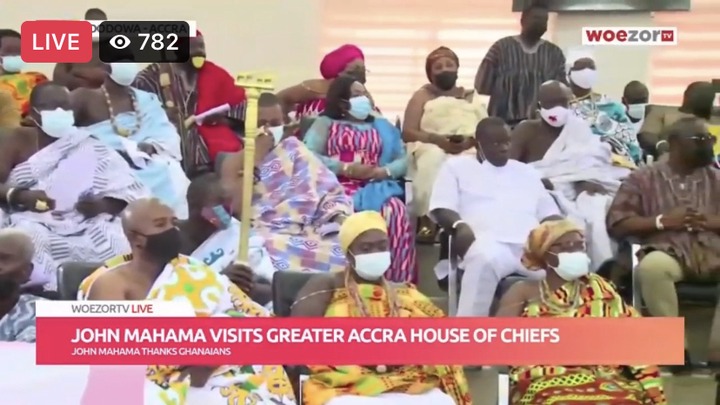 If it was possible, i would wish we give them 8 years to come to power again after we have given the other party another 8 years to also continue. But this would be against democracy, the mantse said whiles he spoke on the woezor television.

The mantle also revealed that we should learn to be selfless in this country as we pursue powe and authority.

Because personally for him, his daily wish is that we all survive the day and look towards a specific goal that will benefit the entire country.

John Mahama was present with his running mate, Naana Jane and other executives from the national democratic congress who came to support him and the party in the thanksgiving and call on the chiefs.