Accraisback is reporting that many Guineans rallied behind Colonel Doumbouya Mamady and the ruling CNRD as they were sanctioned by ECOWAS. 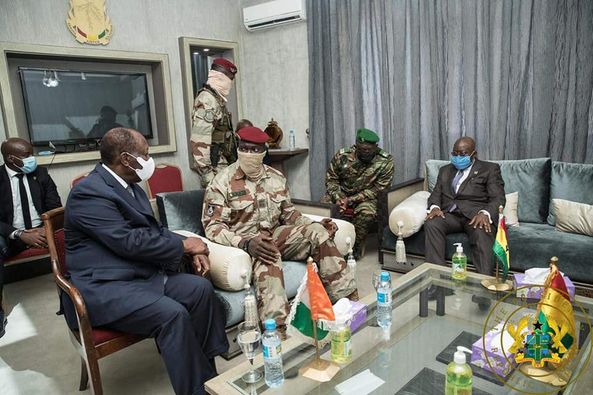 The meeting of ECOWAS head of states held in Accra on Thursday had among things imposed assets freeze and travel bans on CNRD and ruling junta. 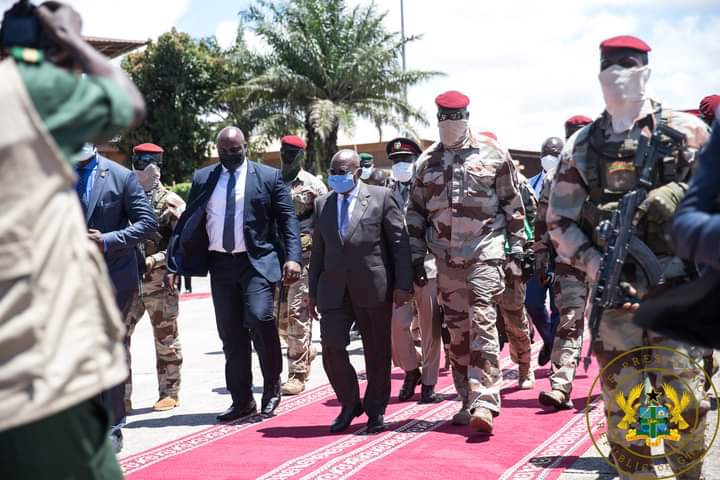 On Friday, the Ghanaian president and his Ivorian counterparts traveled to Conakry to meet the military leaders.

Shortly after the departure of the visiting presidents, the state media says the CNRD and ruling junta barred Alpha Conde from leaving the country. 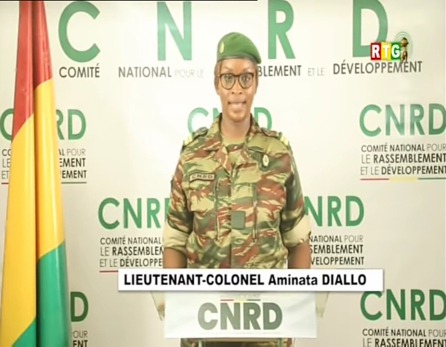 In a statement read by Colonel Aminata Diallo affirmed the government of Colonel Mamady Doumbouya will not yield to international pressure.

But reports many Guineans appear skeptical about the decision taken by sub-regional grouping on their leader who they believed deserves no sanctions for having the courage to remove autocratic Alpha Conde.

According to them, ECOWAS should leave the ruling junta alone and agree to hold talks for negotiated settlements. 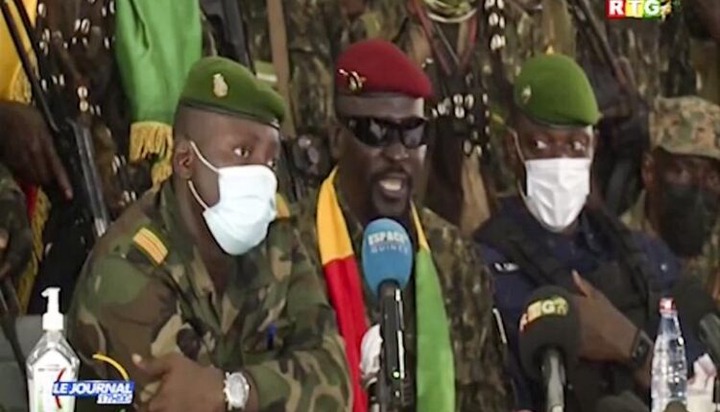 Excerpts of some reactions are below.

Mamadou Aliou Diallo: “I am against this sanction against the junta. Then, to organize elections within six months is impossible. It’s a minimal delay. On the other hand, the release of the ex-president is essential. He must be released.

The junta was a deliverance for all Guineans. So sanctioning them for doing what others have not dared to do for years is not something to be appreciated.

Abdoulaye Tanou Diallo, the sanctions against the junta are insane:" the junta did what it had to do so they let them do their job. Instead of sanctioning them, they should instead negotiate with the junta."

Anonymous, "This is a decision that we denounce because it is not the measure that should be taken in the face of this situation.

So ECOWAS should support the junta since it was not even a coup d'etat as such. Everything went well. Apart from Mali, no African country has carried out a coup d'etat without death. So instead of sanctioning them, they should be praised, "he said.

Mamadou Gandho Diallo, the sanctions against the junta are rubbish: “ECOWAS was there when the constitution was tampered with. They didn't say anything. It’s now that there have been brave, strong men savors like the junta, who allow themselves to be heard by trying to intimidate them, and deprive them of all their possessions. This is not an encouraging thing.

What we want from ECOWAS to accompany us on the right path but if they do not want the happiness of Guinea, let them leave us alone, "he said.

Mamadi Cherif, “ECOWAS did wrong. They should accompany Colonel Doumbouya as they did with Captain Moussa Daddis Camara, Mali, and Chad. Why not do the same with him?

We all know the past elections were not 100% democratic. So if there was someone who came with a good intention why not give him enough time to complete what he intended to do beforehand?

I appeal to ECOWAS that they must reverse their decisions because we are a whole, ECOWAS does not belong to a single person ", he concluded. For Hamsa Camara," ECOWAS wrongly. What the junta has done is not a coup d'etat, it is a liberation of all Guineans. When Alpha Condé demanded things, changed the constitution in his favor, ECOWAS did not lift a finger. So they have to lift this sanction because it is abnormal, "he said.