By Ghana'sthirdeye (self media writer) | 2 months ago 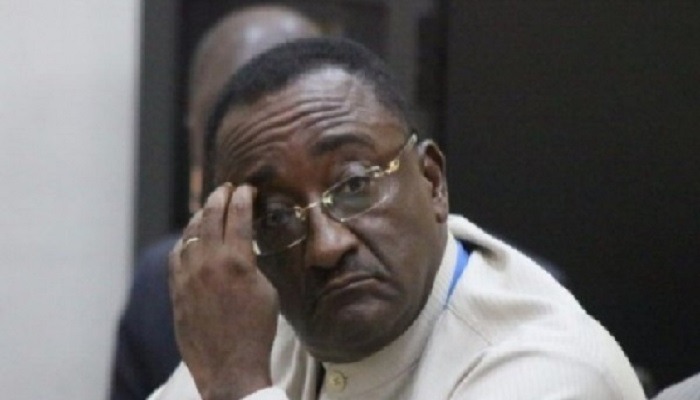 Some time ago, Dr. Afriyie Akoto told Ghanaians that the Planting for Food and Jobs Initiative implemented by the current government was on a successful road, but in reality, it was struggling and begging for survival. This propaganda is still fresh in the minds of Ghanaians. What mostly baffles Ghanaians is that when the Agric Minister clearly knows that the ministry is not performing up to tasks, he will come out to justify this unjustifiable argument. When farmers needed fertilizers to boost their agricultural inputs, he sealed the whole issue with propaganda. We were all here when the government had to input some yellow corn into the country just because the ministry failed to do its job.

While some think this man is a complete comedian, others are of the view that, he mostly does that to defend his party and score some political points, if possible. He never stops doing it, and whenever he is being given the chance to talk about agricultural issues or food security matters, he either get Ghanaians furious or he disgraces himself in the public domain. This is extremely serious!

While the global market has clearly confirmed that close to 33% food price increments were recorded in September this year, Afriyie Akoto is dancing to his own music, by saying that his data does not show any rise in food prices.

Complementing what was said by the United Nations' Food and Agriculture Organization above, Ghana Statistical Service's lastest report has revealed that the 9.7% inflation rate recorded by the country in August 2021, is as a result of the increasing cost of food stuff, especially Cereals and Cereal products. But Afriyie Akoto disagrees and says: "That is the wrong perception. The statistics that we compiled in our ministry does not support that." 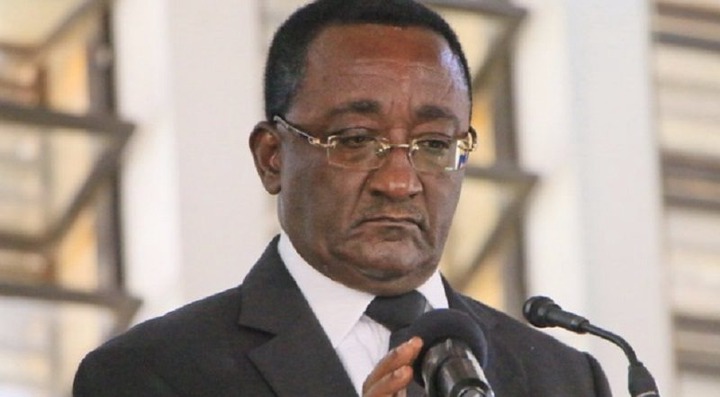 Meanwhile, Dr. Afriyie Akoto is still insisting that foodstuff like maize has been experiencing price increment because of the drought in the Southern part of Ghana. Emphatically, he said: "This is our fifth year of Planting for Food and Jobs. Nobody thought about reducing the size of Kenkey until this year because there was a drought this year in the Southern part...that affected supplies."

From the statement above, it seems the Agric Minister is confused, and totally contradicting himself.

Meanwhile, Ghanaians on Facebook have blasted Afriyie Akoto for insisting that he data or data from the Agric ministry does not show any rise in food prices, contrary to what was asserted by Mr. John Dramani Mahama of the NDC, and Ghana Statistical Service. 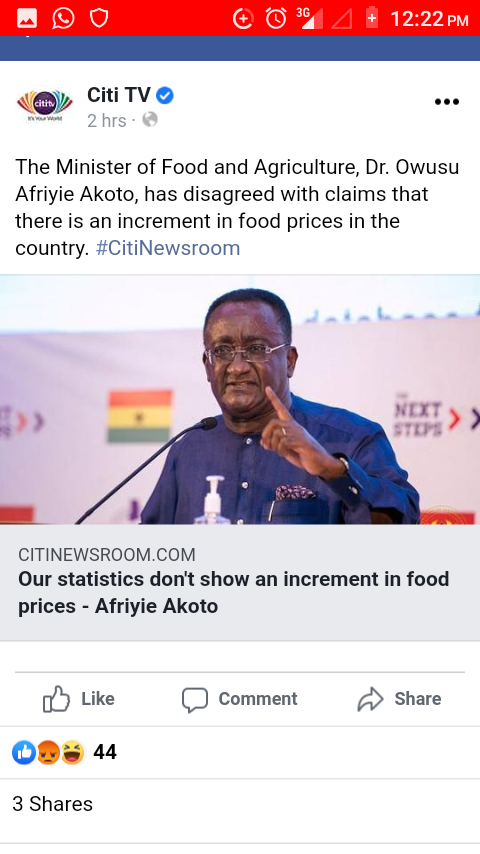 Below are the screenshots of their comments of Citi TV Facebook page: 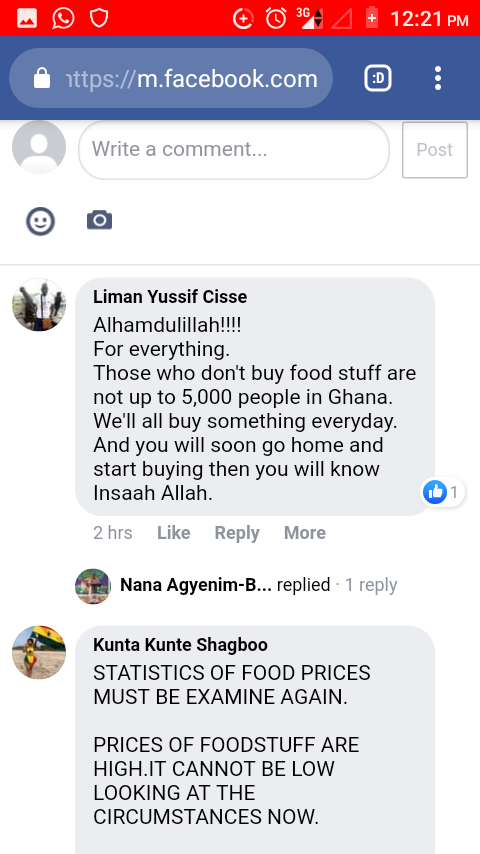 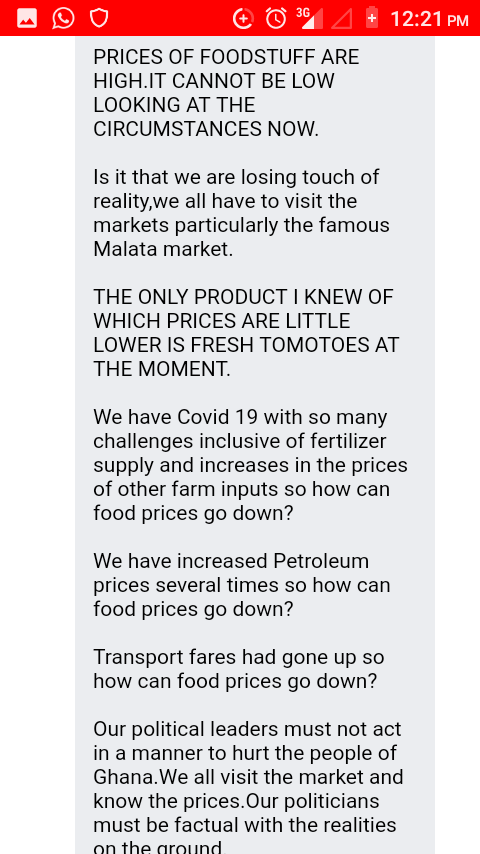 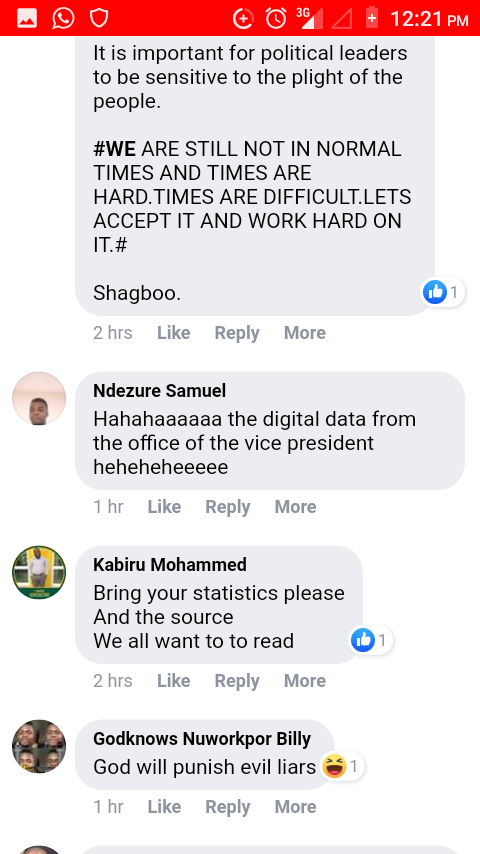 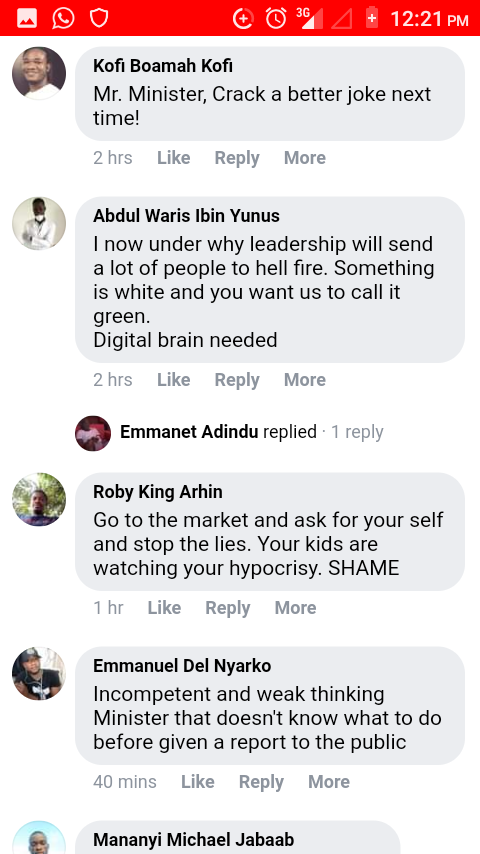 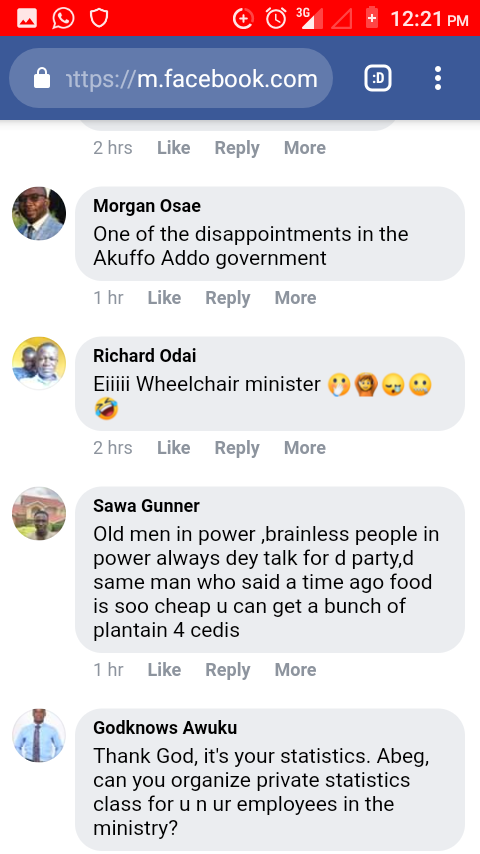 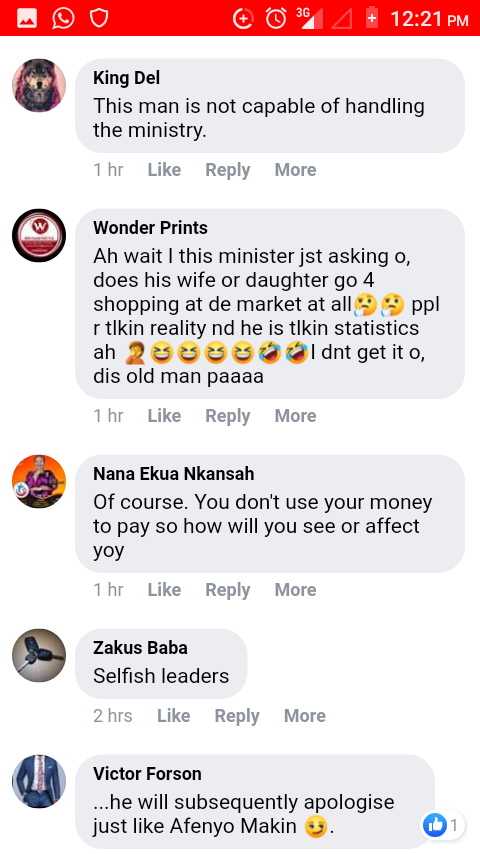 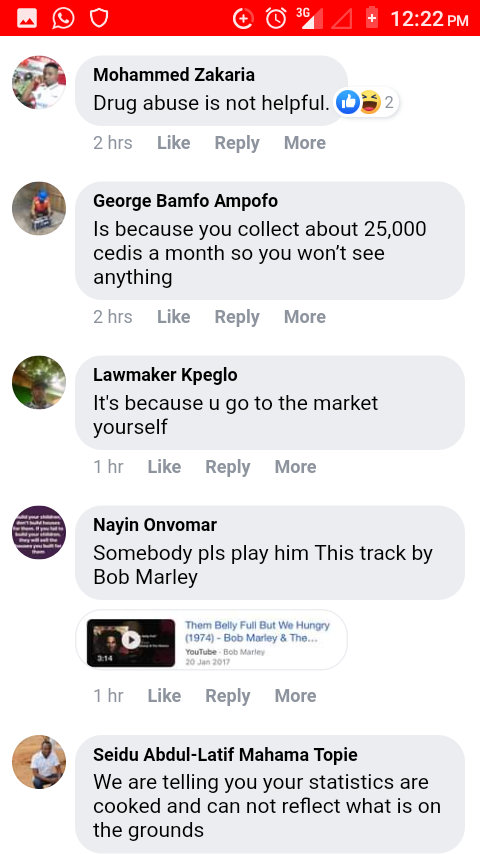 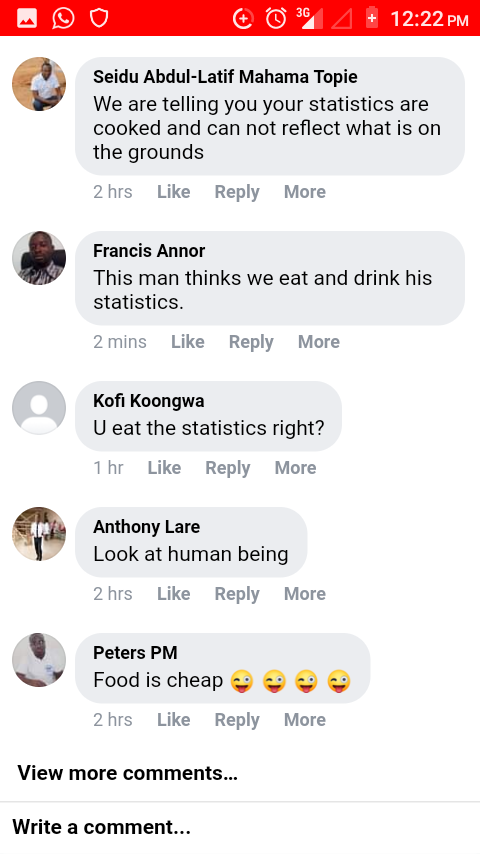