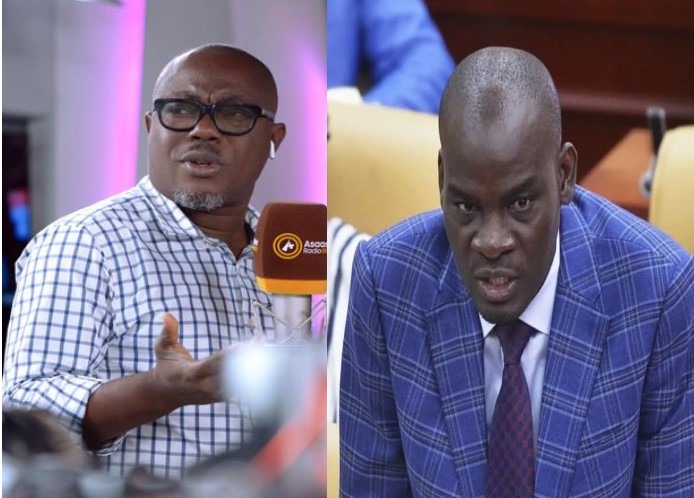 Prof Ransford Gyampo has rebuked the Minority Leader of Parliament, Haruna Iddrisu for betraying his conviction for partisan politics in the rather controversial matter of the imposition of the Electronic Transaction Levy (E-Levy). The unusual dissonance in his justification for a reduction of the rate of the proposed levy, with the outright rejection he is advocating for, as a collective decision by his caucus is questionable.

The Professor of Political Science at the University of Legon, Ransford Gyampo stressed that the Minority Leader’s current stance is in total conflict with his admission that the e-levy, if pegged at a 1 per cent rate is reasonable. In his critique on the subject, Prof Gyampo questioned the sudden change in Mr Haruna Iddrisu’s argument on the matter of the e-levy.

“Haruna Iddrisu’s confused position on the E-Levy is problematic. It clearly shows that he and his party, the NDC haven’t learnt any serious lesson on what has created the kind of parliament we have today. He was heard publicly asking for a reduction of the 1.75percent to 1percent. Now he’s saying the whole E-levy must be jettisoned. What is this, Haruna?”

He argued that the Minority Leader appears to have been coerced by his political party to completely defile his conviction for a rejection of the levy. Prof Gyampo emphasized that such dispositions amount to a betrayal of the interest of the constituents Mr Haruna Iddrisu represents.

“It appears he spoke out of his conviction on the 1percent and was later forced by his party to reverse what he’s publicly said to outright rejection of the levy. How does this make him feel as Minority Leader? Extreme partisan manipulation of leaders who have their own conviction in synch with their constituents is a recipe for disaster in any democratic representation.”

He admonished the Minority Leader to be firm in his conviction such that his constituents could trust his judgement on matters as controversial as the e-levy. Prof Ransford Gyampo noted that it would be in the Tamale South legislator’s interest to pursue the interest of his constituents without any embellishment from his political party agenda.

“You cannot say 1percent today and then turn around to call for total rejection simply because of a ‘kakai’ in your party.”