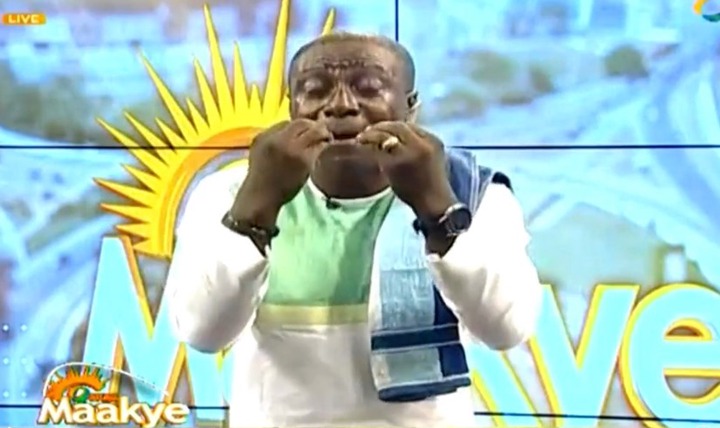 Firebrand and journalist at Onua TV, Captain Smart has scored that until Vice President Dr Mahamudu Bawumia makes a definite pronouncement to defend his earlier conviction about Momo tax, his presidential bid should be considered a mirage. According to him, the silence of the Vice President over the controversial Electronic Transaction Levy (E-Levy) is sickening and rather disappointing.

He recounted that Dr Bawumia had once argued that imposing taxes on such transactions is counter-productive hence any consideration in that regard must be discarded. Unfortunately, the proposed E-levy has received no commentary on his part ever since the debate started.

“He wants to become president but cannot stand by his own words. If he cannot defend his past then where is his integrity? Was he not the one who spoke against the Momo tax? He must come out this time around to defend his claim,” Captain Smart argued.

He reminded the Vice President that his claim that taxing Momo transactions could affect the poor remains valid today hence it would be appropriate for him to declare his stance in this matter. Captain Smart continued that the basic economical hypothesis will lend itself to the truth that the e-levy must be abolished.

He thus dared Dr Bawumia to come publicly as he did some years back to clarify issues and most importantly declare his stance on this rather controversial e-levy saga. Captain Smart reminded the Vice President that Ghanaians are much particular about issues that affect their daily lives, adding that anything out of the latent understanding could discredit him.

He continued that it is rather disappointing that the economy which the Akufo Addo-Bawumia government promised would take a divergence from taxation to production had rather taken the inverse relationship.