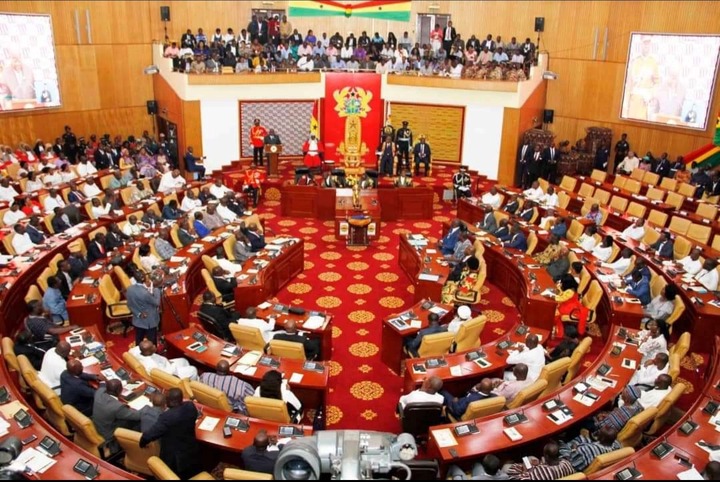 It has been an interesting day in Parliament today. Last Friday, the Minority went ahead to reject the 2022 budget after the Majority side of Parliament had walked out of the chamber. Today, the Minority returned the favor by not attending today’s session of Parliament. This also ensured that the Majority were able to overturn the decision of Friday and upon a vote count approve the 2022 budget.

At today’s session the 1st Deputy Speaker counted himself as part of the quorum of 138 and later called for a vote to nullify the earlier ruling. The Minority have responded to this verdict by the Majority. According to Haruna Iddrisu who spoke to the press while surrounding by his fellow MPs, what happened today was illegal and a threat to the authority of Speaker Bagbin. 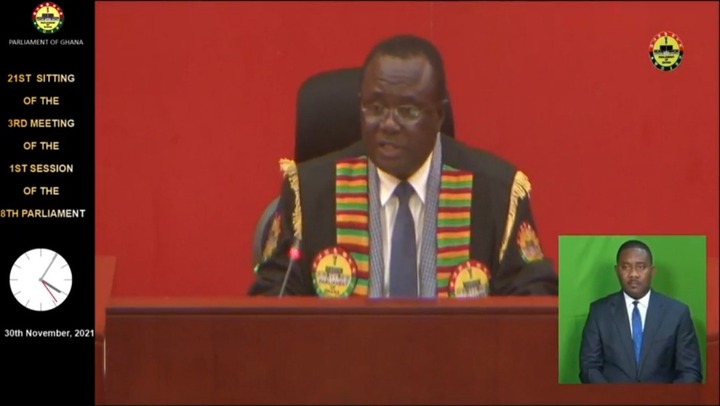 The Minority noted that Osei Kyei Mensah, the Majority Leader has over time shown that he had no respect for Alban Bagbin and as such has taken every chance to tarnish the image of the Speaker. Haruna Iddrisu sent a strong warning noting that what happened today will be overturned. Most importantly, he said that since Osei Kyei Mensah wants to denigrate the Speaker, he as Minority Leader will also formulate a new plan to counter him. The plan will be to call for a vote on every motion, decision or bill that comes to Parliament. He promised to make sure things become hard for Osei Kyei Mensah. 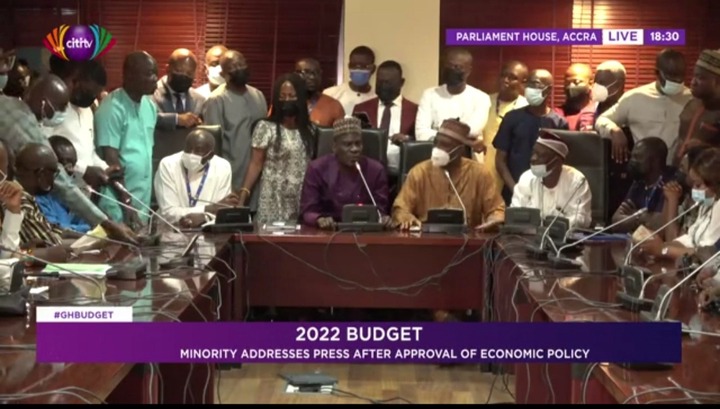 Haruna Iddrisu mentioned that since morning they had been in dialogue with the Majority and Finance Minister and the later 2 had promised to make certain changes but there were no clear indications of what the revision will be. He added that without any clear word or changes in the budget the Minority couldn’t follow along and approve and this caused their boycott today.

Muntanka Mubarak also opined that they refused to attend today’s session because if they had done, the Majority would have used it against them and said they formed a quorum and then proceed to vote to overturn the earlier rejection and approve the 2022 budget right in the faces of the Minority MPs.