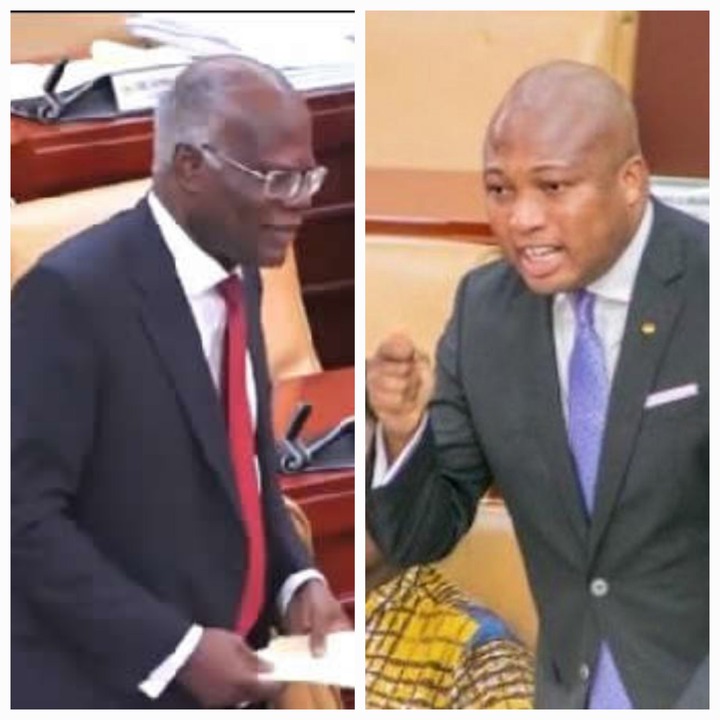 Kobina Tahir Hammond has been trending for some hours over certain comments he made regarding the youth. K.T. Hammond, MP for Asokwa Adansi was reacting to last Saturday’s incident where some Ghanaians had booed at President Akufo-Addo as he addressed the massive crowd at the Global Citizen festival. The President who was speaking on the eradication of poverty saw his address jeered at by some of the crowd.

These comments have raised anger among many Ghanaians especially the youth who maintain that Hon. Hammond had no right to throw shades at the youth. Well, Okudzeto Ablakwa, MP for North Tongu has also added his voice. According to the MP, if the youth can praise leaders when they do well, can’t same people also speak when things are going wrong. He maintained that Kt. T Hammond is terribly wrong in his assertions about the youth. 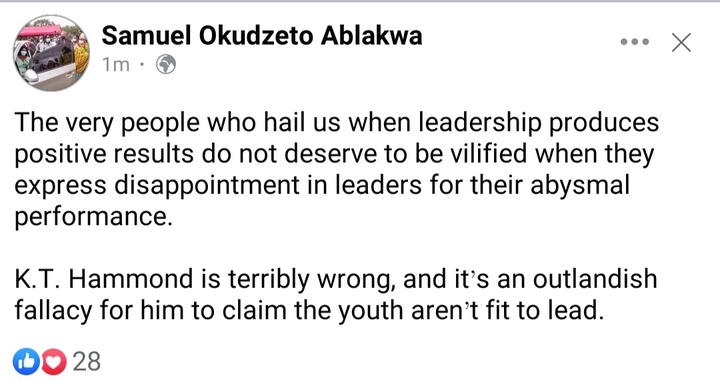 He called the comments of his fellow MP as sounding bizarre. Perhaps what pained Okudzeto was the comment that the youth cannot lead. Okudzeto Ablakwa has been touted as one of the youngest inspiring leaders of the country. His contributions in his constituency has drawn praise from both his supporters and his critics. Some also tag him as a member of the babies with sharp teeth. It is thus not surprising that the MP is angered that his fellow MP could say that the youth cannot lead.

Probably, K.T. Hammond meant to say that governance should be a mix of old and new who work together but to say the youth are not fit to lead might seem outlandish as Okudzeto described it to be.

Use the link below to listen to K.T Hammond