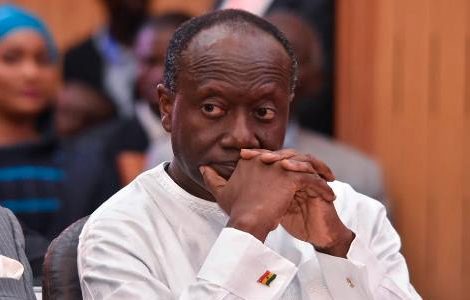 Ghana is currently undergoing difficult times financially. The government has had to run to the International Monetary fund for financial relief as the economy dips into the ditch. It must have been a difficult decision to take considering the fact that government had resisted all calls from John Mahama led opposition and Civil Society Organizations to run to the IMF.

Akufo-Addo and his government have blamed everyone but themselves for the how bad the economy has turned out to be. In an interview this week, President Akufo-Addo maintained that he doesn’t see reason in reshuffling his ministers. He called their performance as outstanding. Dzifa Tegah, an NDC communicator however feels otherwise. Reacting on Pan African TV’s Alhaji and Alhaji she called on the president to open his eyes and do the needful by sacking the finance minister.

According to the vocal communicator, Ken Ofori Atta is clueless about the state of the economy and must be sacked immediately. She pointed out that Akufo-Addo doesn’t even inform Ken about certain pertinent issues because he doesn’t really trust him. Dzifa cited that 3 days before government announced the IMF programme, Ken Ofori Atta had reiterated the point that Ghana will not go to the financial institution because the country is a proud one and will not trade that for international ridicule.

Dzifa added that Ghana has backstage politicians who control the affairs of the country and they have information about the economy that even the Finance Minister doesn’t have. Interestingly, Dzifa might be right because it is surprising that Ken Ofori Atta was kept unawares about an IMF programme when even Gabby Otchere Darko was publishing the idea on twitter.

Was it the case that a whole manager of the economy wasn’t aware and someone not in governance was pulling the strings?