The popularly known Ghanaian journalist and editor for the Insight newspaper has undoubtedly sparked massive stir, debates and arguments across all social media platforms after he boldly descended on the majority caucus over the passing of the most anticipated 2022 “Agyenkwa” budget in parliament.

Speaking in a recent interview on the most anticipated “Good morning Ghana” show with host, Randy Abbey, the popularly known journalist, Kwesi Pratt took the privilege to express his immense disappointment in the majority caucus in parliament aside sharing his thoughts and opinions over the passing of the 2022 budget by the first deputy speaker in parliament. 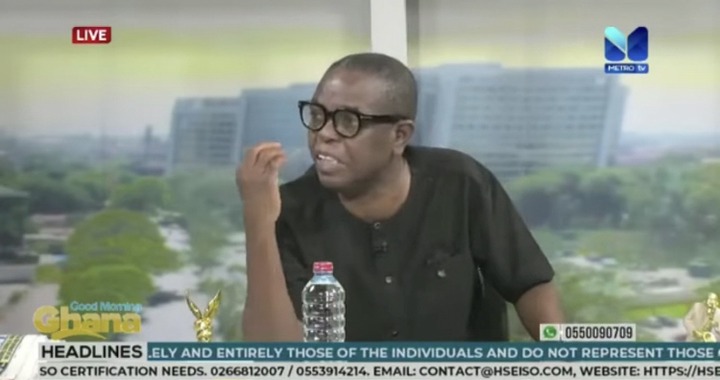 “The so-called Majority decided to walk out. What was the purpose of that walkout; what did they intend to achieve? Clearly, they were not interested in approving or rejecting the budget; they were not interested in the votes. Their clear intention was to subvert the capacity of parliament to take a decision. That’s is unacceptable; it has never happened in our history and I don’t know where there’s any President in the world where government submits its budget and policy statements and walks always. I’ve never heard about it before; exceedingly strange behavior”, Kwesi Pratt emphatically stated.

Surprisingly, Kwesi Pratt emphatically stated that, the Deputy speaker wasn’t the speaker of parliament in the absence of Alban Bagbin even though he presided over parliament and passed the most anticipated 2022 budget.

“What was the purpose of the deputy speaker counting himself being as a member who was in the chamber and has the capacity to vote before the voting; what was the essence of that?. The deputy speaker is not a speaker”, Kwesi Pratt emphatically argued.

Do you think that the first deputy speaker is not a speaker of parliament in the absence of Alban Bagbin and had no right to vote in favor of the 2022 budget aside passing it in parliament as claimed by Kwesi Pratt even though most individuals claim otherwise?

What are your thoughts on Kwesi Pratt’s recent claims on the behavior of the majority members in parliament over the most anticipated 2022 budget even though most individuals claimed otherwise?